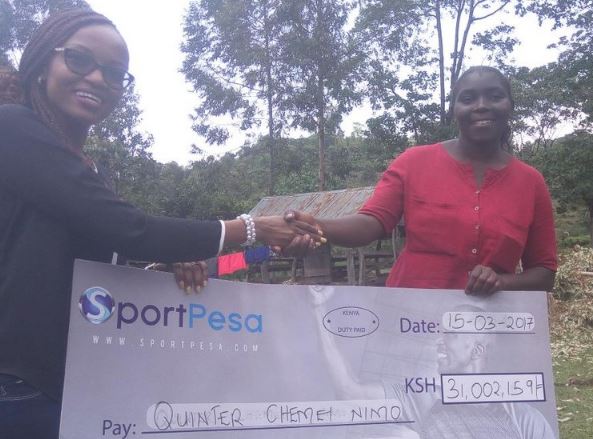 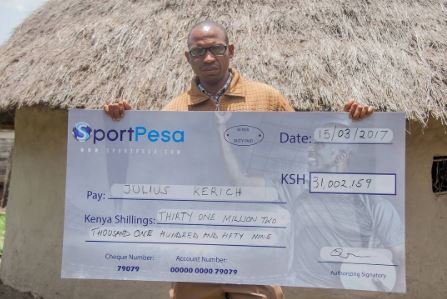 Julius Kerich hails from Kericho while Ms Chemei hails from Masindet village, Mt Elgon, and becomes the first woman to ever win such an amount of money through sports betting.

According to Ms Chemei, she used a friend’s phone to place the lucky bet with the Sh100 her father had lent her.

“I lost my phone hence borrowed my friend’s and placed the bet,” she said at her Masindet home on Wednesday.

Her friend also scooped Sh1.9 million following a bet she had placed on the weekend matches.

“After my friend spoke of her win, I checked and found out that I had received Sh31 million. I did not believe it,” said Nimo.

She revealed that she started betting in July last year after she was introduced by a friend who had won.

Nimo, who was forced to cut short her classes at Eldoret College of Professional Studies for lack of fees, plans to use the windfall to return to school.

“I want to first invest in education because it will assist me in future. It is after this that I will plan what to do next,” she said. 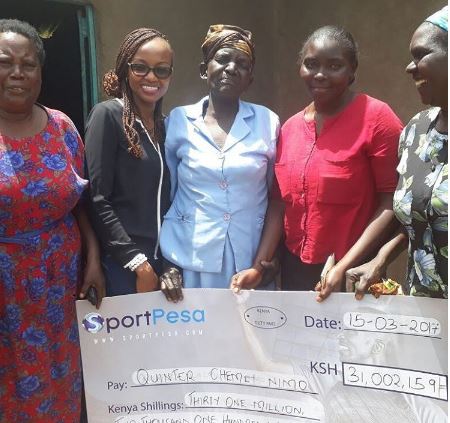 Two Arrested in Raid on Single Room where Three Men were Having Sex with Three Minors < Previous
Hilarious Meme Compilation (Thursday March 16) Next >
Recommended stories you may like: