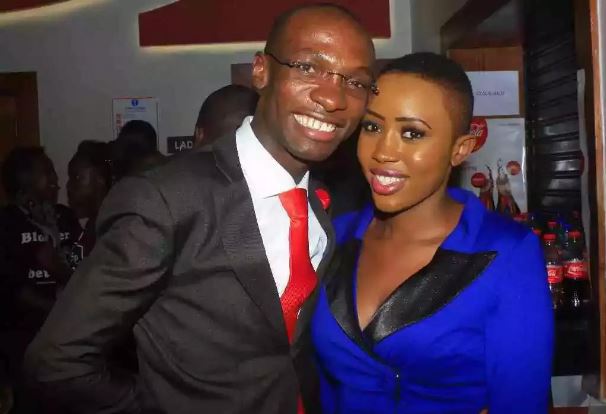 After months of unconfirmed rumors, the truth is finally out: popular comedian Sande Bush better known as Dr Ofweneke and gospel singer Veronica Wanja aka Nicah The Queen are no longer an item.

The rumors alleged that the two had gone their separate ways as early as January this year, several months after Ofweneke proposed.

To confirm the split, the gospel singer on Wednesday dropped the bombshell on her Instagram page saying she had the left the popular MC because he was physically abusive.

On her Instagram post, Nicah also shared a snap of herself looking rather beaten up as evidence of her allegations.

‘’Domestic violence is such a bad thing……I had to walk away…….I had to run……yes I’m a single mum of two and I know God will watch over me and my kids…….’’ She wrote. 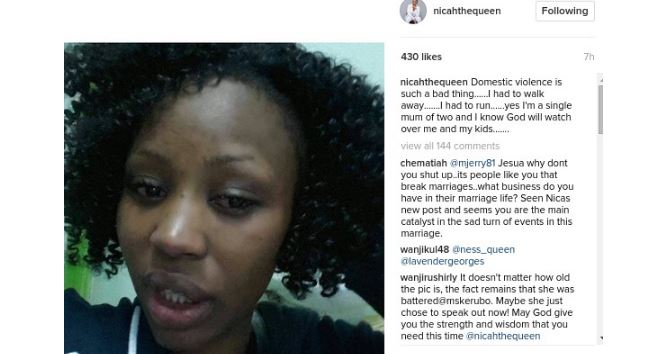 The post attracted its fair share of reactions, one of which was from a guy by the name Michael Jerry who accused Nicah of being an attention seeker.

To which Nicah hit back accusing Jerry of being behind their woes saying he would come to their home and help Dr. Ofweneke pack telling him that he “can get any woman because he’s a celebrity.”

‘’Looking for attention? OMG……They say mnyonge hana haki! But I serve a God of justice……. @mjerry81you know better. You used to come home and help pack his bags and tell him he is a celebrity he can get any woman he wants…….came to Tuskys the other day with the kids trying to talk to him coz all I wanted was my marriage to work. It started to drizzle I asked for his car keys at least watoi wapate place ya kujikinga mvua but what did you do @mjerry81 you refused to give us the keys drove his car left me and the kids to be rained on!!! I dint have taxi money I dint have anything…..then you have the guts to comment what you commenting??????’’ She posted. 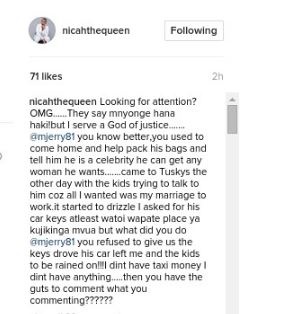 Dr Ofweneke is yet to respond to the allegations.

PHOTO – Jubilee Parliamentary Hopeful Using Sugar and Salt to Campaign < Previous
Jackson Kibor Charged with Threatening to Kill Son and Refusing to have his Fingerprints Taken Next >
Recommended stories you may like: