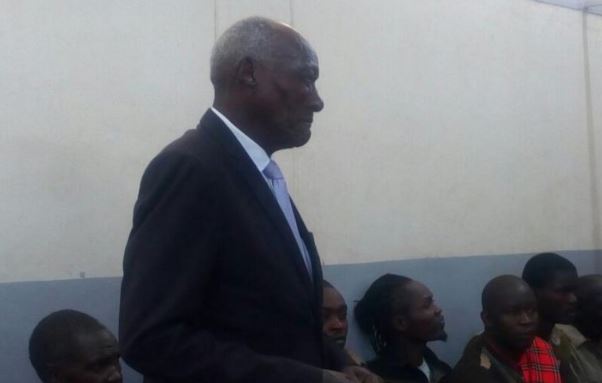 Controversial Eldoret-based former politician Jackson Kibor has been charged with two counts of threatening to kill his son and refusal to have his fingerprints taken by police.

He was arrested on Tuesday and taken to Eldoret police station. His firearm was also confiscated.

Kibor said he fired at Ezekiel in self-defence, in the incident at Kabenes in Uasin Gishu on March 2, but his son claimed he intended to kill.

His firearm was seized and eight rounds of ammunition taken for ballistic examination on Tuesday.

His three other sons and several witnesses have also recorded statements on the shooting incident.

Appearing before Eldoret Resident Magistrate Harison Barasa, Kibor denied the charges and was released on a cash bail of Ksh80,000 or a bond of Ksh100,000.

Magistrate Barasa also ordered Kibor to immediately report to Eldoret and have his fingerprints taken.

The case will be heard on April 4.

Comedian Dr Ofweneke and Gospel Singer Split Amid Domestic Violence Allegations < Previous
Raila Odinga Diagnosed with Food Poisoning Ahead of Visit to Ailing Daughter in South Africa Next >
Recommended stories you may like: