WTF: Kangemi Man Narrates How Spirits of Two Women Forcefully Undress Him and S*ck Him Dry 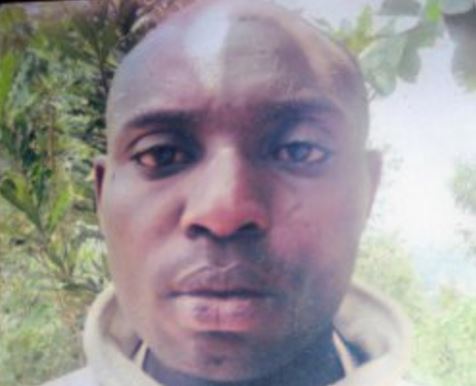 A Kangemi man is the talk of the town after opening up to a local daily about his struggles with spirits who sexually abuse him.

Eliud Njoroge, 35, has not had sex for the past five years because of the bizarre occurrences that have also cost him a wife.

He claims that spirits of two women visit him at night and force him to have oral sex, something that has tormented him for years.

The women allegedly strip him naked and suck his member for 45 minutes nonstop. Once they are done, they vanish, leaving him weak, tired and very thirsty.

Mr Njoroge told The Nairobian that his wife packed her belongings and left after he shared his predicament with her.

“The problem started around 2012. That particular night, I heard footsteps and a girl crying outside my house. It was so real.  I went out to see what was happening. I saw two women who upon seeing me, vanished,” he said.

“Days later, my wife travelled upcountry and the two women appeared again. This time, they came to my bed, forcefully undressed me and started sucking my penis.  I was in a lot of pain and didn’t comprehend what was going on. I remember waking up very tired and weak,” he continued.

Njoroge is now seeking help from a city preacher in the hope that he will exorcise the spirits that visit him at least three times in a week.

He also sleeps in his clothes, wearing two pairs of trousers to keep the women away.

“I realised that whenever I slept naked, that is when they attacked me. I am a tormented man. I’ve never had sex for five years because of them,” he said.

James Kimani, a neighbour and a close friend, said that Njoroge is suffering in silence.

“He has shared his predicament with me. He is a lonely man after his wife left him,” he said.

Mike Sonko’s Daughter Saumu and Baby Daddy Go Their Separate Ways < Previous
Funny Posts by Kenyans on Social Media to Take Those Monday Blues Away Next >
Recommended stories you may like: