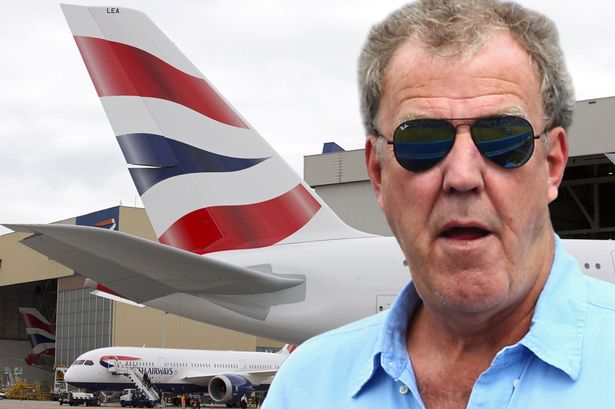 Jeremy Clarkson, the popular host of Amazon original The Grand Tour, and previously BBC’s Top Gear, has included Jomo Kenyatta International Airport (JKIA) on his list of ‘most annoying airports’.

Writing on Twitter this Saturday, Jeremy made a list of the top 5 most annoying airports he has been to, and included Nairobi alongside England’s Gatwick and Luton, New York’s JFK and Atlanta, Georgia.

”Right. Jeremy’s top five most annoying airports guide, Gatwick, Luton, JFK, Nairobi, and Atlanta (mainly because I don’t like the carpets),” he tweeted.

It’s unclear when Jeremy was in Nairobi, but it must have been after the introduction of new, strict security measures.

One guy asked him why he included Nairobi on the list, and he had this to say. 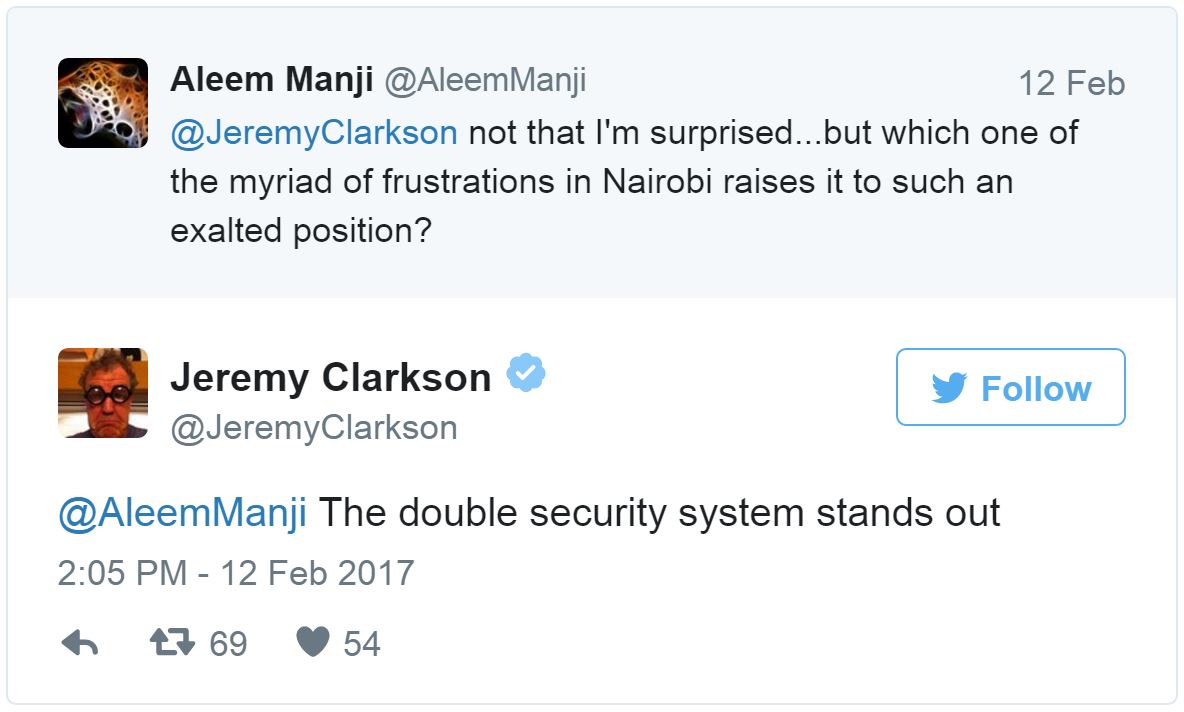 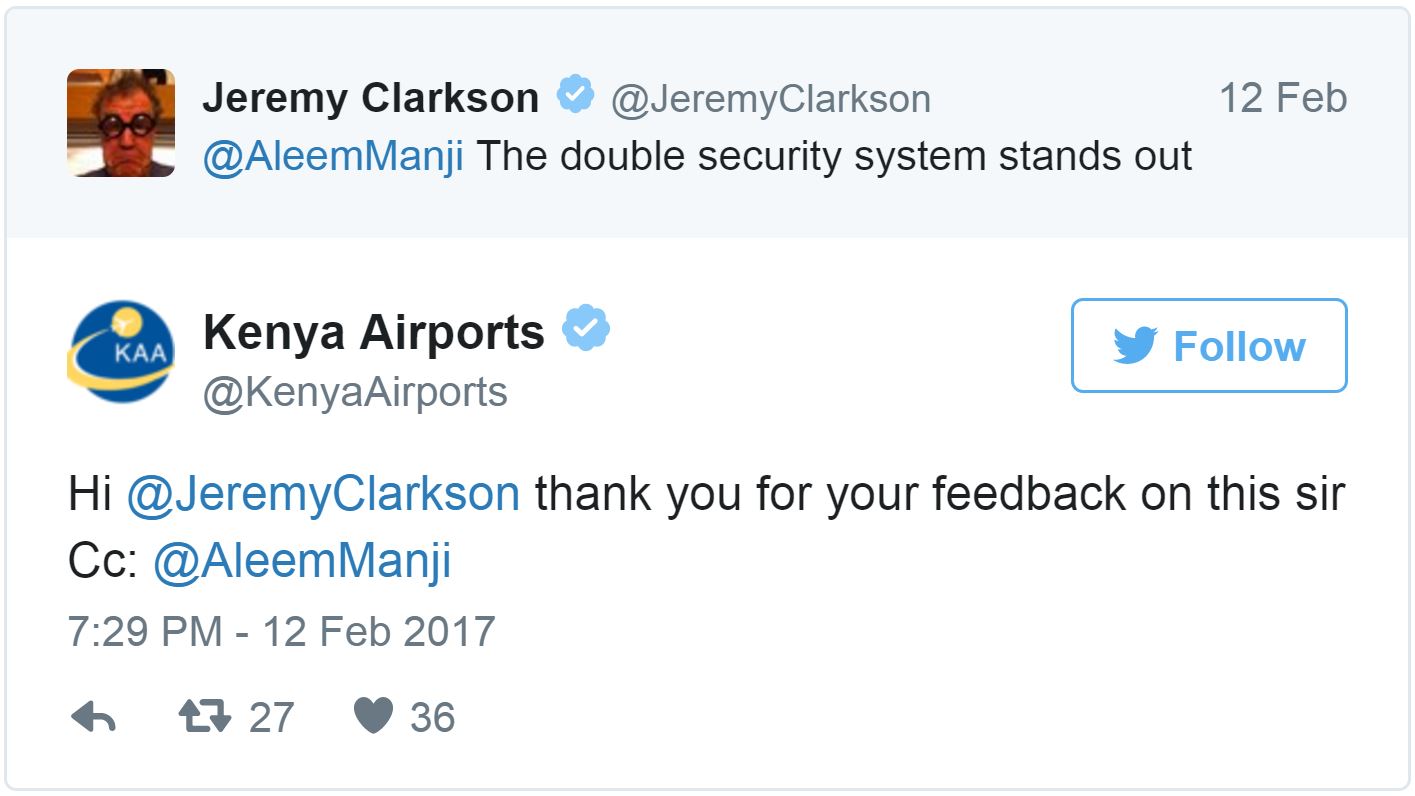 Miguna: Kidero Has Hired 5 Men To Assassinate Me < Previous
Around Nairobi in One Night… Uber Driver’s Story Goes Viral Next >
Recommended stories you may like: