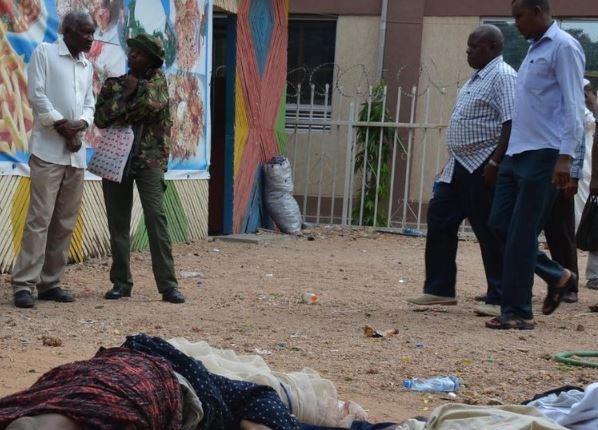 Residents of Garissa Town on Thursday morning were left shocked after the three men were brutally murdered as they slept at a local hotel.

The three – two waiters and a security guard – were attacked by unknown people at about 3 am at Kilas food court.

Witnesses said they did not see the killers as they were too quick and gained access to the hotel undetected.

Police identified the deceased as watchman Kassim Rashid and waiters Abdisalan Ibrahim and Salat Salah. Two of them were brothers.

The three died of excessive bleeding after they were hit with blunt objects on their heads. One other person managed to escape and was taken to Garissa County Referral Hospital.

The attackers, unknown in number, did not steal anything from the victims during the incident.

Confirming the incident, Garissa county commissioner James Kianda said police are looking into information received from members of the public.

“We are treating this incident as a normal crime. We urge members of the public to stop speculating in the electioneering period,” said Kianda.

Zero Chills: Kenyan Netizen Predicts the Next Destination for Jeff Koinange and His Bench After Citizen < Previous
But Why? Daddy Owen’s Reaction to a Screen Billboard on Kimathi Street Airing His Wedding (VIDEO) Next >
Recommended stories you may like: