Ander Herrera: “My Dream is To Travel To Kenya” 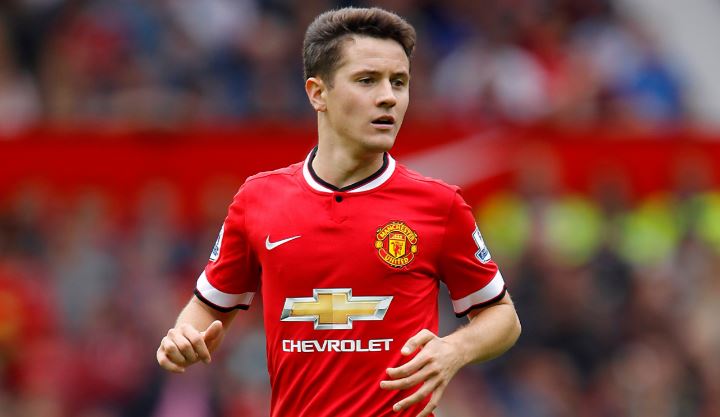 Manchester United midfielder Ander Herrera has revealed that Kenya is on his bucket list of countries to visit.

During a Twitter Q&A, a fan asked Herrera what countries he has never visited but would like to visit.

“Is there someone in the world you would like to visit where you haven’t been yet?”

“Kenya, Tanzania, Colombia, Argentina … I still have to travel a lot..” he replied, hinting at his love for an African safari. 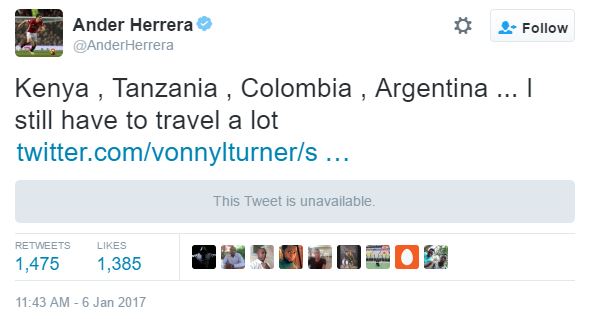 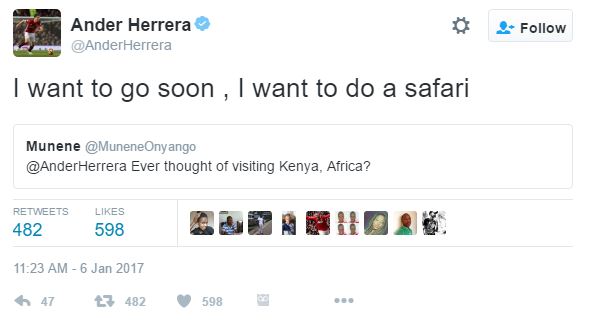 Many Kenyans commented to welcome him, but what caught my eyes was the many Tanzanians who were keen to remind him that Kilimanjaro is in their country and not in Kenya.

In recent times, Tanzania has displayed xenophobic behavior towards Kenyans in particular. Their deep dislike for Kenya is visible from the top to the bottom. President Magufuli in particular lashed out at Kenyans during the launch of a cable-stayed bridge in Dar. He accused them of ‘thinking that everything good is in their country’.

Many government policies have been specifically targeted at Kenyans. For instance, Tanzania has recently forced all telco companies to list at the Dar Stock Exchange. However, foreigners have been locked out of the IPOs. It’s good to note that of these foreigners, Kenyans would probably have accounted for more than 80%, which makes the move very suspicious.

Kenya on the other hand has been very inviting whenever there’s an IPO, and some of the biggest shareholders in Safaricom for example are the social security funds of Uganda and Rwanda.

Manifestations of Tanzania’s dislike and suspicion towards Kenya are also evident in simple issues, like during the Christmas season when State House Nairobi issued Christmas cards with a mountain in the background. 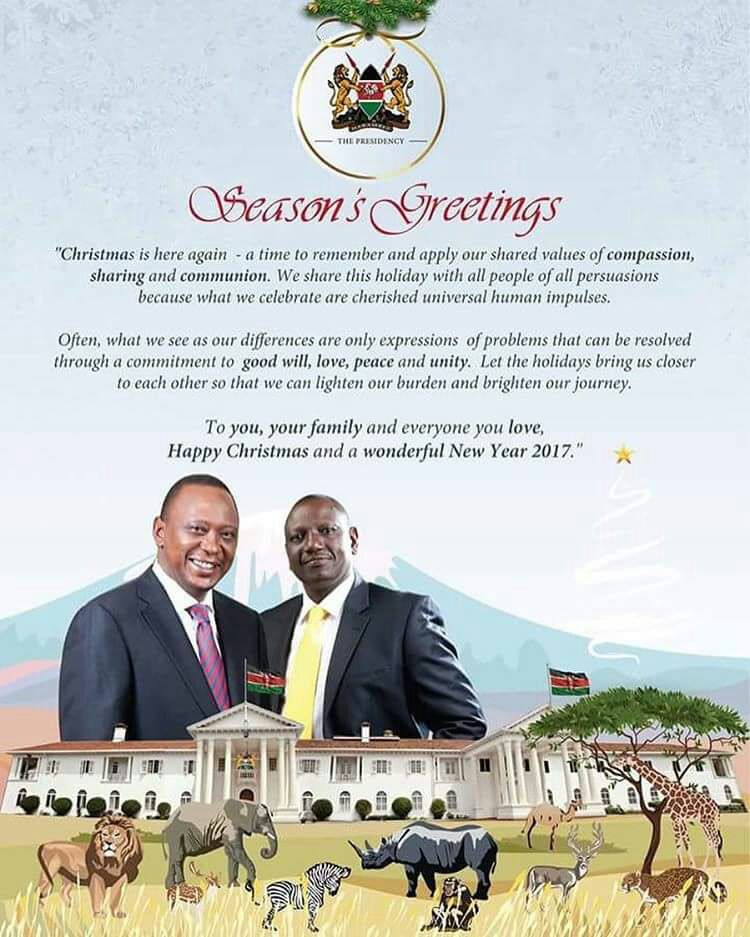 On a popular Tanzanian online forum, there was a huge debate on why Jubilee had issued cards with Mt. Kilimanjaro on the background. Tanzanians saw this as a confirmation that Kenya is out to ‘steal’ their mountain, never mind the pictured mountain could be Mount Kenya or simply a drawing.

You can follow the ‘bitter’ conversation about this Christmas card on Jamiiforums.com.

Anyhow, Magufuli responded a few days later with this New Year’s card of his own. 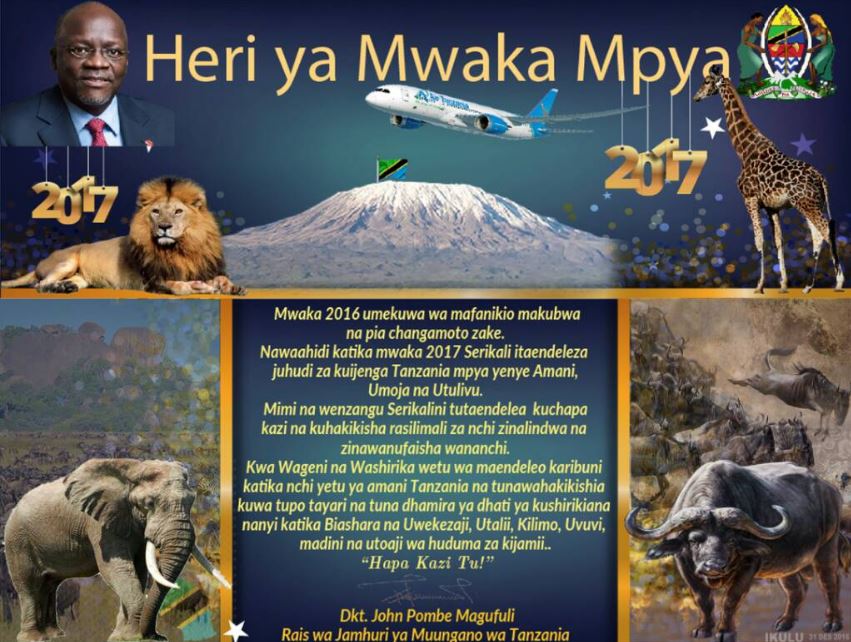 Hilarious: KOT Go Bonkers With ‘Uhuru Challenge’ < Previous
The Hottest Stories on the Internet Today (Tuesday January 10) Next >
Recommended stories you may like: