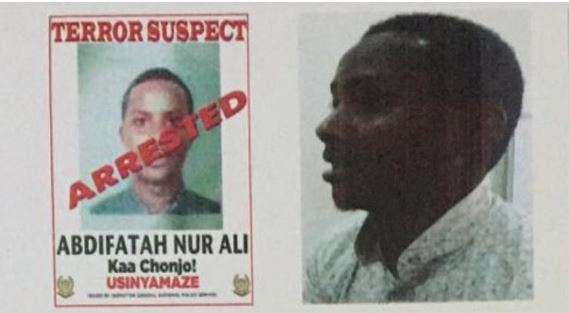 Police have apprehended two Al Shabaab terrorists for planning attacks on churches and other sites in Nairobi.

Inspector General of Police Joseph Boinnet said in a statement that the suspects’ accomplices escaped.

“Their accomplices have escaped and are on the run and are likely to to sneak back to Somalia or infiltrate refugee camps to evade arrest,” said Boinnet.

He added that a manhunt has been launched to arrest the suspects.

The two suspects and their accomplices are suspected to have been planning to stage an attack in Nairobi, targeting churches and entertainment joints.

The police boss has urged Kenyans to remain vigilant.