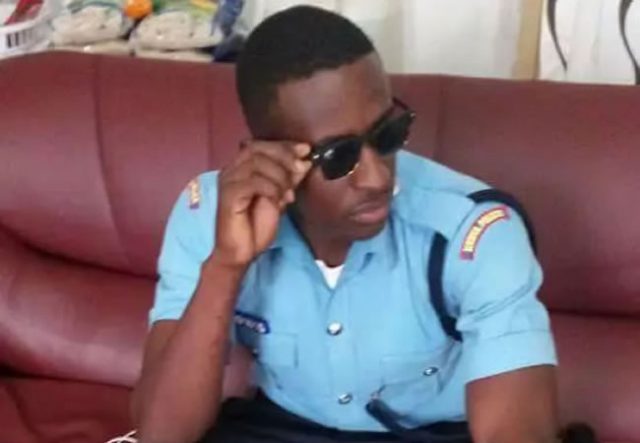 The good looking cop whose photos have intrigued and ‘confused’ Kenyan women on social media has revealed that he is afraid of losing his job due to all the attention he has been getting.
Steve Karisa, 28, told Word Is, “The social media attention has put me in a tough position, I know there is a bombshell that will drop on me which will either lead to a transfer or I lose my job.”
Steve who is posted at Shauri Moyo police station became an overnight sensation on the interwebs when photos of his well built body fit snugly into a blue police uniform were shared. 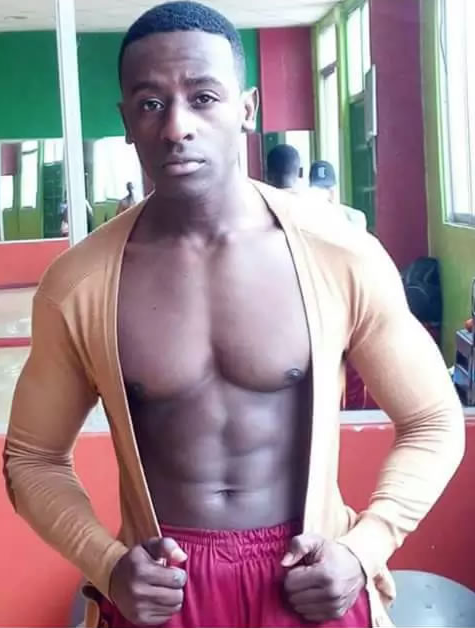 “I found out about it when a friend showed me the posts,” said an amused Steve, “Today is the third day that this has been going on.”
He revealed that his girlfriend, also a cop, has helped respond to his growing social media fan base. 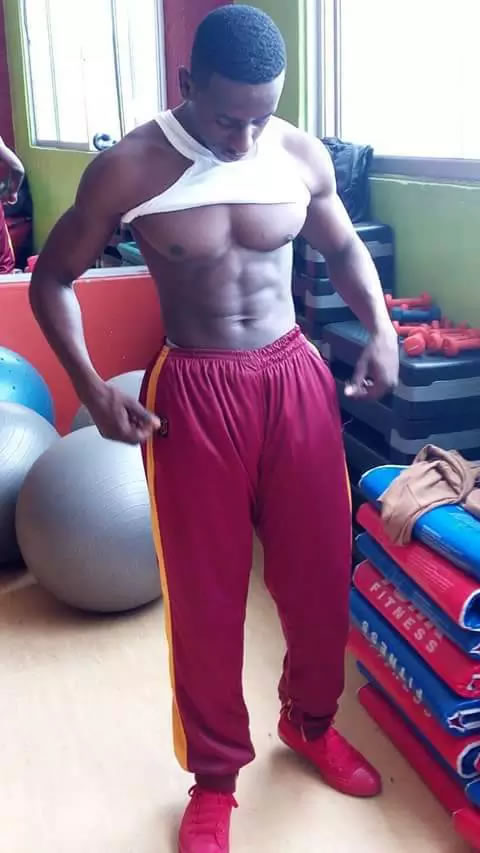 “Some messages are salacious while others are just funny,” Steve described the inbox messages, “Despite all this attention I don’t want to disappoint my girlfriend.”
Asked how all this has affected him, Steve shrugged and said, “It hasn’t shaken me, I’m still broke. I’m still me.”
Source: Word Is

VIDEO: Alfred Mutua Explains Why Kambas Can’t Burn Tyres < Previous
2007/08 I Was a Form 3 Student Turned Militia. I Now Shudder When Politicians Call For Violence Next >
Recommended stories you may like: