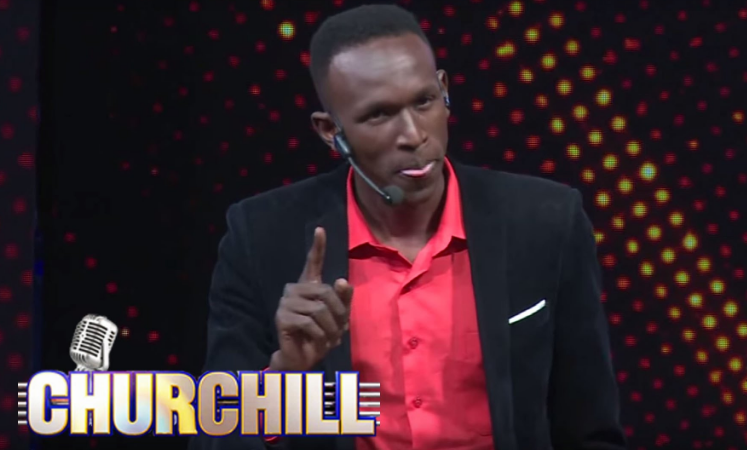 Fans of popular comedian Oliver Otieno, better known as YY, need not worry about missing out on the funny man’s content.
Barely two weeks after his unceremonious exit from Churchill Show, the comedian will now be cracking his jokes on KU TV’s The Comic Show. The  new show is produced by fellow comedian Sleepy David.
Live recording of The Comic Show is done on Fridays at Kenyatta University’s Amphitheatre.
The comedia quit Churchill citing omission of his scenes from the edited one-hour programme.
YY is a Kenyatta University alumnus who pursued Health Records and Information Management. He began professional acting in 2011 where he did plays with The Kenyatta University Travelling Theatre.
He joined Churchill Show in 2013 after making it through his first audition.

LISTEN: Femi One Teams Up With Xtatic in New Joint ‘Usiku Mchana’ (AUDIO) < Previous
Why Victoria Kimani Is ‘Terribly Sorry’ To Her Dear Fans Next >
Recommended stories you may like: