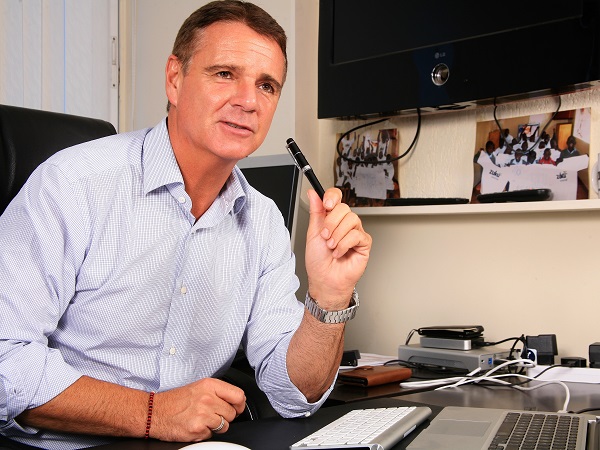 British National and former Wananchi Group CEO Richard Alden is being treated as the prime suspect in the death of a woman at his apartment on Saturday.
Grace Wangechi Kinyanjui, 42, died of a gunshot wound at Mr Alden’s house in Karen, Nairobi on Saturday in unclear circumstances.
The 53 year old Ex-CEO told the police that Ms Kinyanjui shot herself, something that was not supported by preliminary investigations. Two of her fingers were fractured, and her back had fresh, deep wounds.
Karen OCPD Eshiphan Gichohi said that it was Mr Alden who rushed Grace to Karen Hospital, where she was pronounced dead on arrival.
Police recovered spent cartridges at his house and confiscated his licensed pistol with 34 bullets.
Richard Alden, who is married, told police that Ms Kinyanjui was just a friend. He will be arraigned in court on Monday to face charges of murder.
Police are also holding his gatekeeper and house help for questioning.

RAW VIDEO: Overlapping Matatu Falls on Private Car Outiside Kempinski < Previous
POLL: Do You Believe Louis Otieno? Next >
Recommended stories you may like: