An innocent motorist paid the price of matatu overlapping on Friday, when an overlapping bus from Kikuyu ‘fell on it’.
The driver of the city centre-bound bus was trying to cut his way through the traffic jam, when his bus lost stability near Villa Rosa Kempinski. 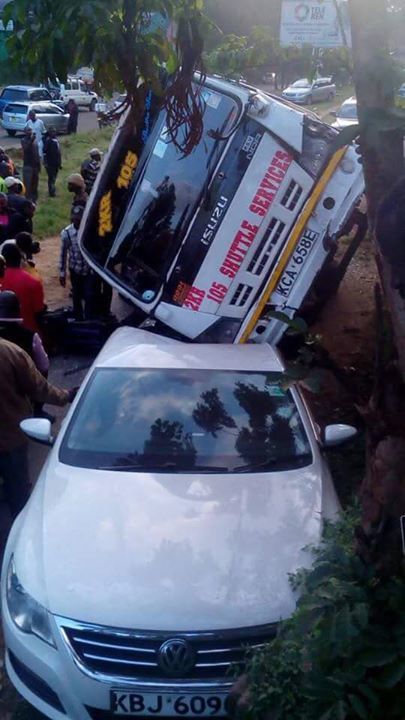 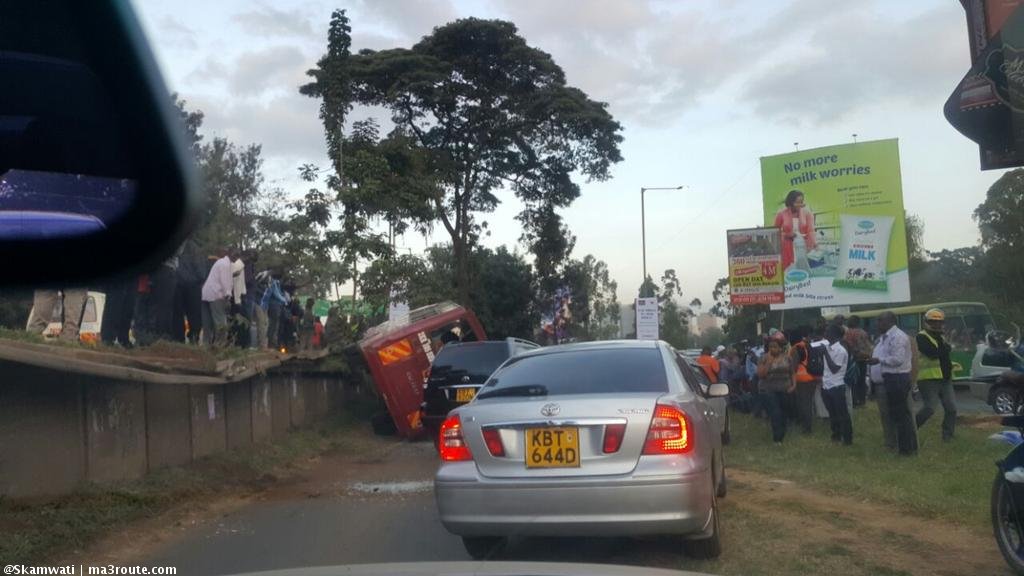 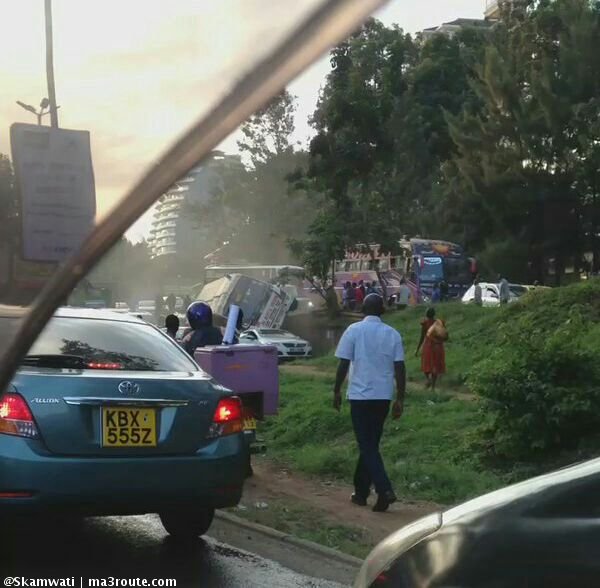 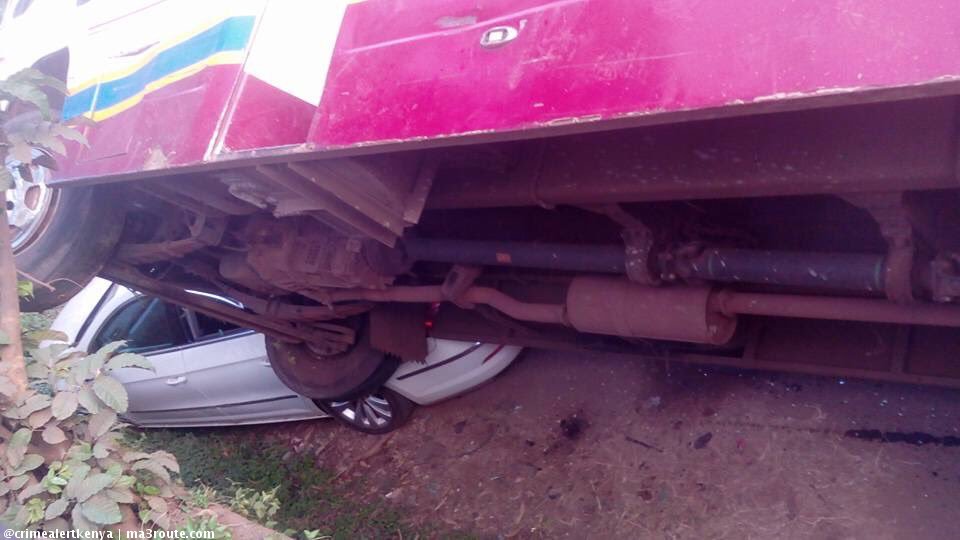 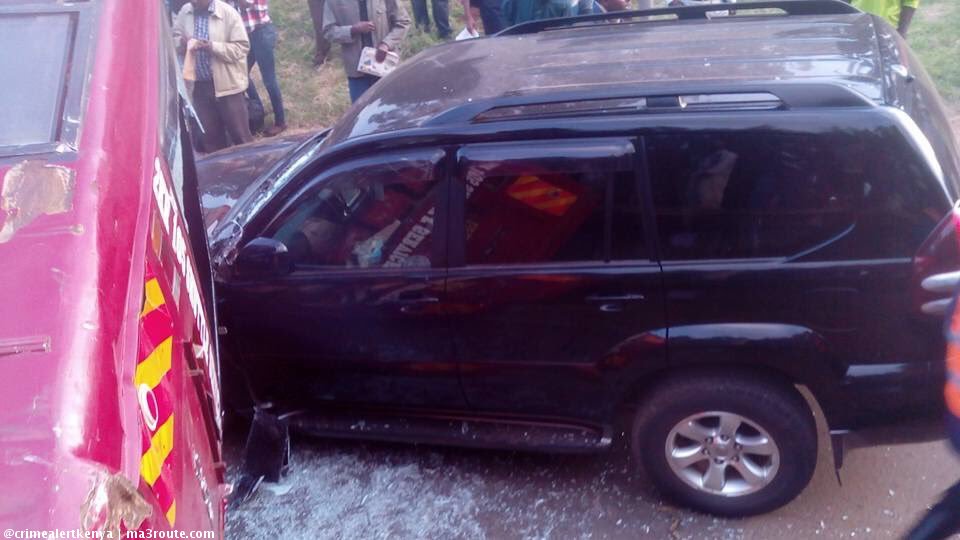 The incident which caused a heavy traffic snarl-up, was caught on video. There were no reported injuries.

17:59 Matatu goes off the road at Waiyaki way outside kempinski pic.twitter.com/1gam8ZGhqu via @stevekibunja

Hilarious Posts by Kenyans on Social Media to Take Your Monday Blues Away < Previous
Former Wananchi Group CEO Richard Alden ‘Murders’ Girlfriend at His Karen Apartment Next >
Recommended stories you may like: