DON’T MESS: This Is What Happens When You Disrupt Lupita During Her Broadway Show 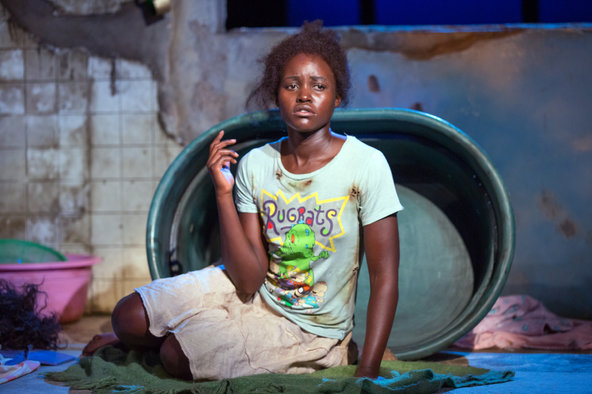 Having worked hard with the rest of the ‘Eclipsed’ cast to bring the story to life, Tony-nominated star Lupita Nyong’o wasn’t so happy when a member of the audience broke the cardinal rule of Broadway Shows.
During Saturday night’s show, there was added drama on stage when one attendee made the mistake of recording the show.
According to Page Six, another audience member who saw the rule-breaker said, “During Act I, a woman in the first row started video recording the performance on her iPhone.”
Once Lupita noticed, she made sure the culprit knew that she was being a nuisance in her own special way.
“When Tony-nominated star Lupita Nyong’o noticed, she stopped her monologue, and, in character, glared at the woman for what felt like two minutes. The audience was stunned. It sure made things more dramatic,” the insider added.
The woman’s phone was then confiscated by security during intermission.
‘Eclipsed‘ is nominated for six Tony Awards. Nyong’o has already won an Obie for her role.

Moses Kuria ‘Banned’ From Mentoring Youth in Kakamega County < Previous
Gatundu South Residents Protest Against ‘Prophet’ For Demanding Sexual Favours From Followers Next >
Recommended stories you may like: