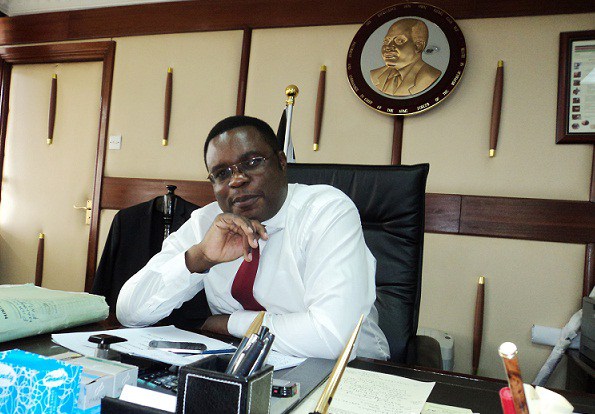 Why always Bungoma County?
The County is once again on the spot over apparent misuse of public funds. According to reports, the county government splashed Sh 2.7 Million to acquire a governor’s seat and stool.
Governor Kenneth Lusaka has since issued a statement denying the extravagant purchase.
“The County Government of Bungoma has not purchased any governor’s seat or stool at all… The governor’s office therefore requests the architect of the said propaganda to forthwith stop the ongoing misinformation,” read the statement.
However, county officials admitted that plans were underway to purchase an executive seat for the governor. The purchase is still under the tender process.
Here is a photo of the seat and stool that has been circulating on social media: 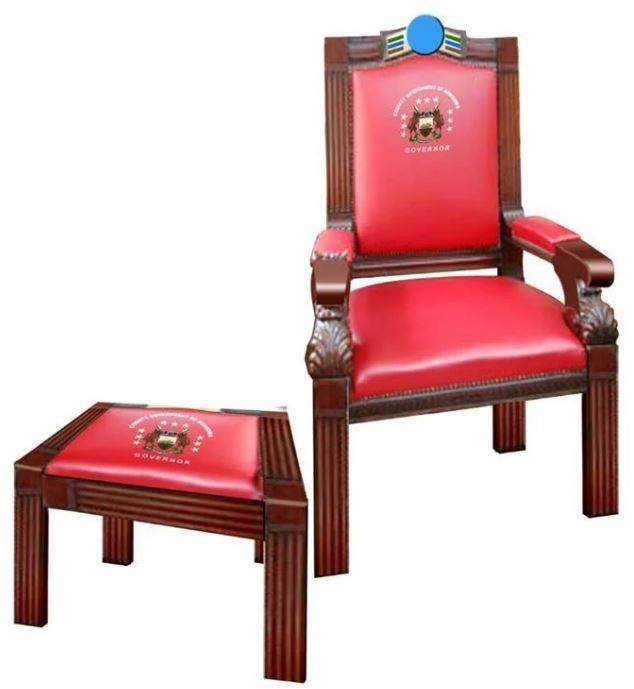 This in not the first time that the county is making headlines over misuse of funds. In September 2015, there was an uproar over the Bungoma Agriculture ministry’s purchase of ten wheelbarrows at Sh109,000 each.

“Will you Eat S£X?” – Akothee Lectures Women who Can’t Cook < Previous
Meet Ciku Muiruri’s Handsome Brother who is also her Husband (PHOTO) Next >
Recommended stories you may like:

On This Thursday, This is What’s Trending in Nairobi