Students of the University of Nairobi on Monday caused chaos in the campus as they set ablaze the Students Organisation of Nairobi University (SONU) offices.

The students were protesting over the controversial re-election of Paul Ogili commonly referred to as Babu Owino, as the students’ body chairman. The angry students insisted that Babu rigged the elections held last week.

The institution has been in a state of unrest since Saturday when Babu was sworn into the seat amid doubts over the authenticity of the elections. The learners engaged police in running battles along the busy Uhuru Highway and University Way bringing traffic to a stand still.

On Monday, they took the protests a notch higher by razing SONU offices. The fire was contained by The Nairobi County fire brigade.

Here are some photos and a video: 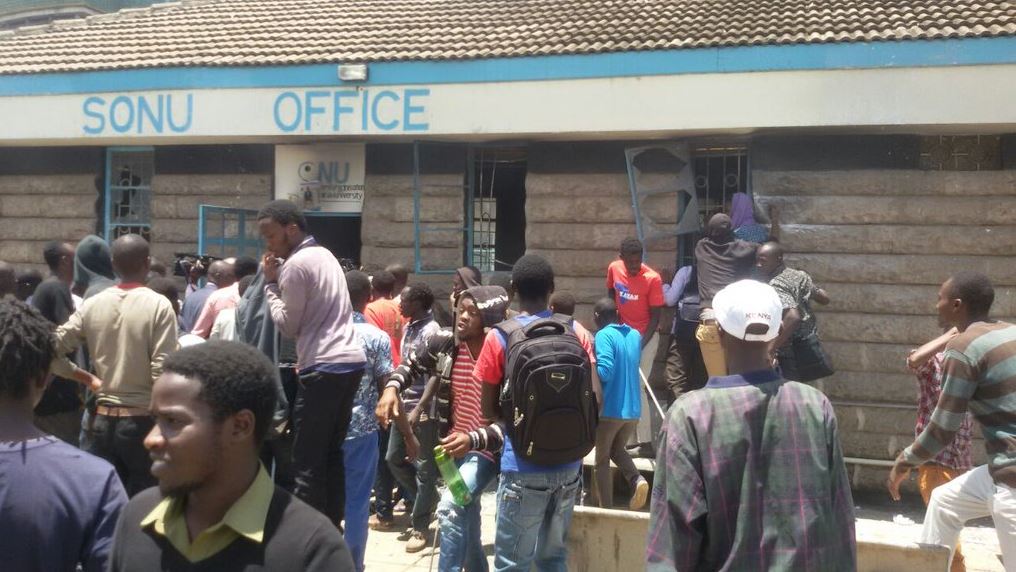 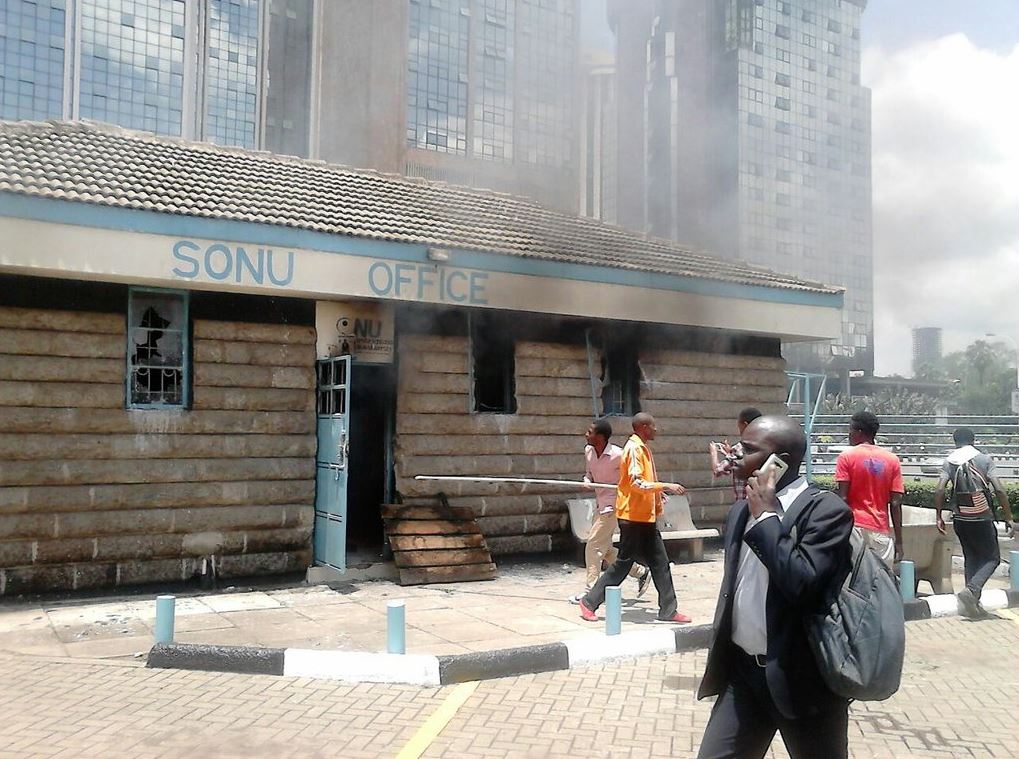 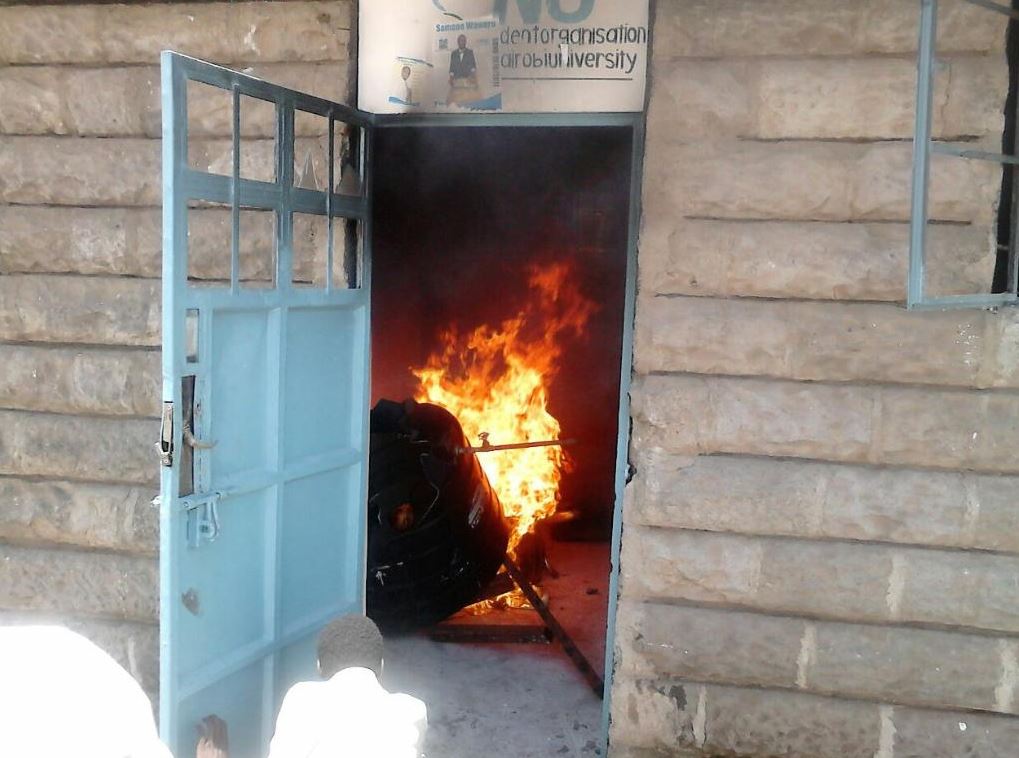 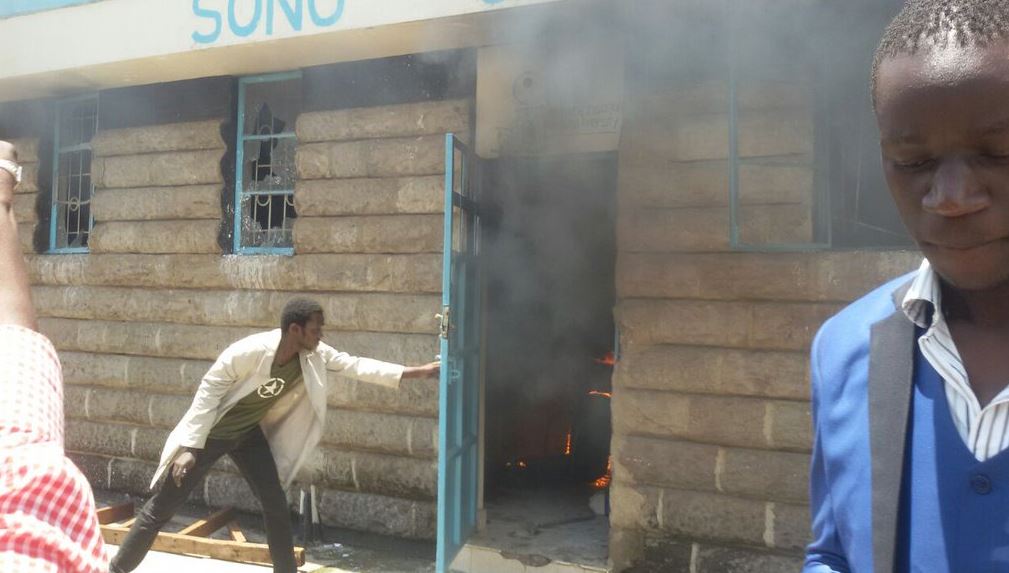 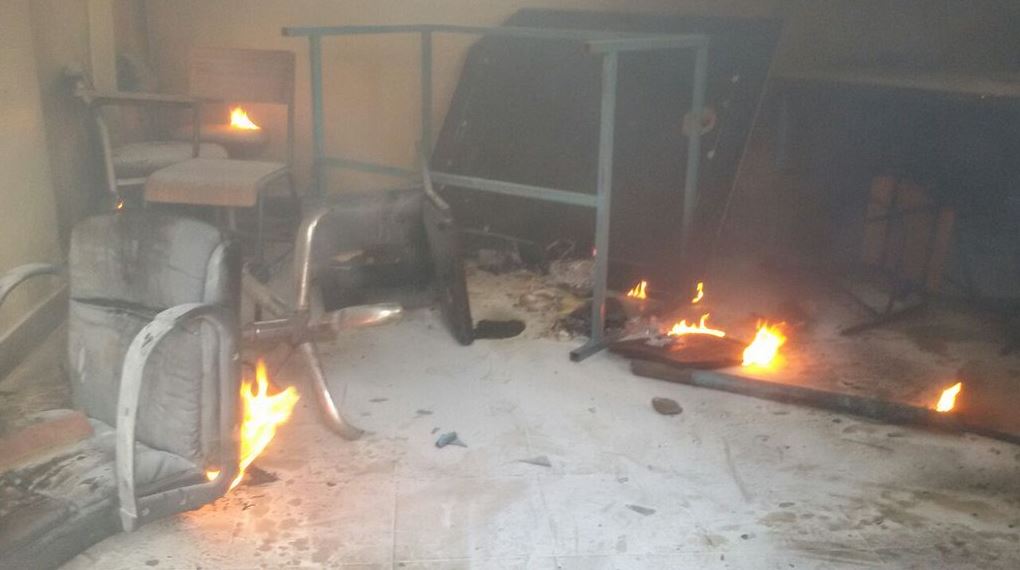 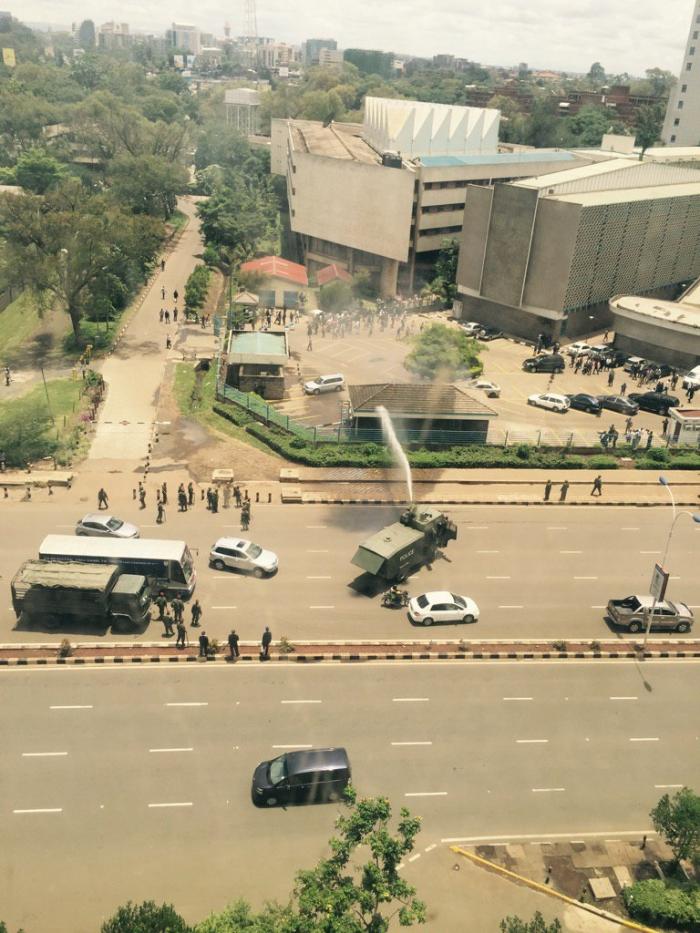 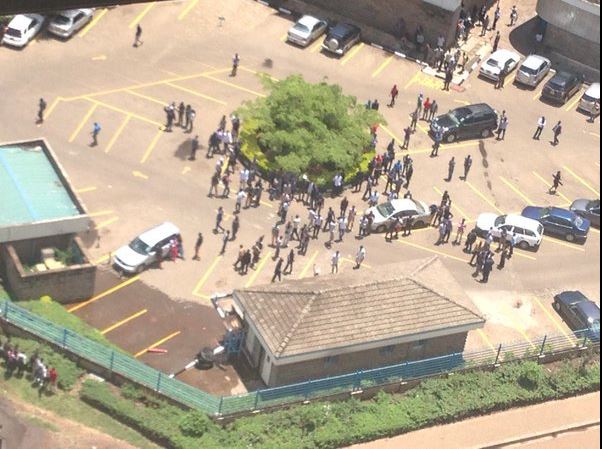 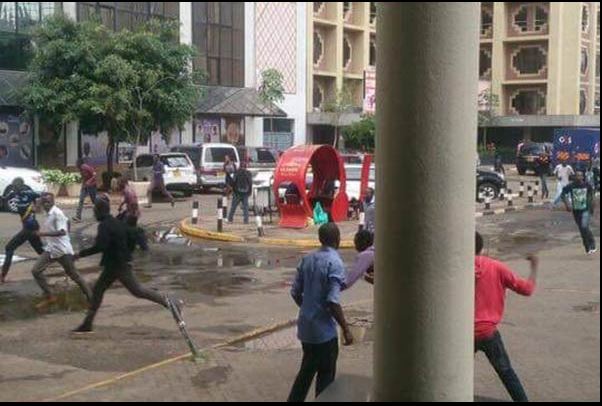