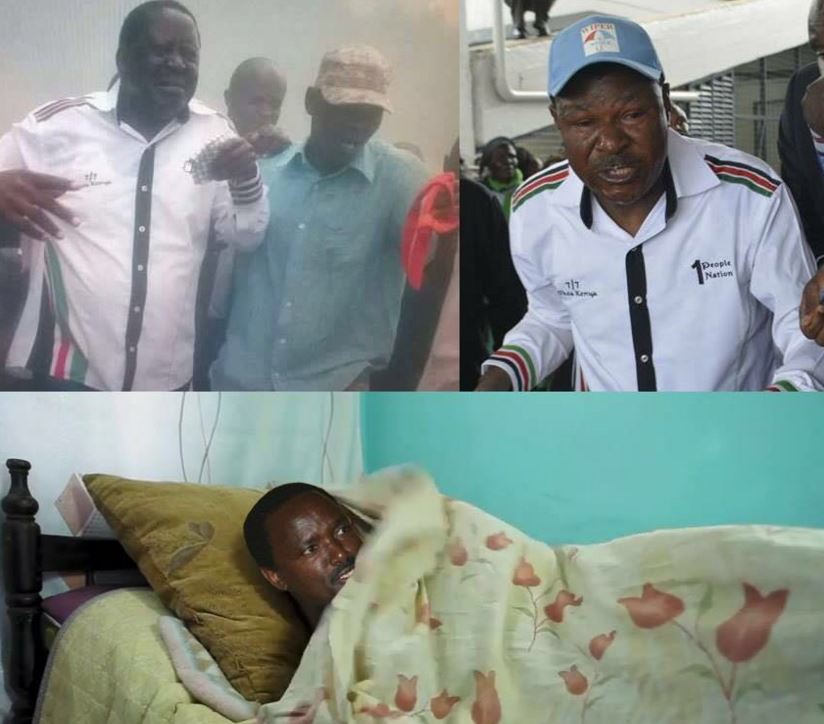 Coalition for Reforms and Democracy (CORD) co-principal Kalonzo Musyoka has released photographic evidence to prove that he was present when fellow co-principals were tear gassed on Monday.
The Wiper leader posted on his Facebook page a photo with circled pointers on two caps to indicate that he was within the crowd as the opposition leaders were trying to gain access to the Independent Electoral and Boundaries Commission (IEBC) offices in Nairobi.
He captioned the photo: “Moments before the teargas drama at the gates of the Anniversary towers yesterday”
Kalonzo was confronted by CORD counterparts and a section of social media users on allegations of cowing away as Raila and Wetangula were being teargassed outside the Anniversary Towers since he was not captured on camera.
Photos circulating on the internet only showed CORD leader Raila Odinga and Moses Wetangula recovering from effects of the teargas with Kalonzo missing.
Here is Kalonzo’s unconvincing evidence: 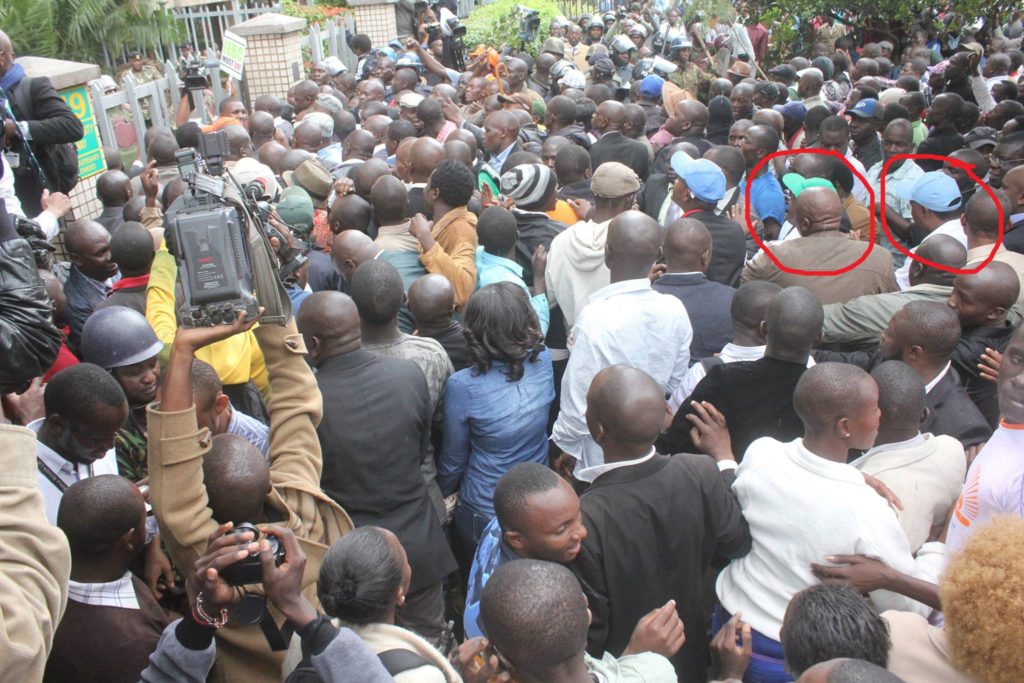 Road or Shamba? Mama Wahu Road Along Ngong Road has Banana Plantation (PHOTOS) < Previous
Check Out this Kenyan Gospel Female Rapper’s Selfie Moment with ‘Prince’ (PHOTO) Next >
Recommended stories you may like: