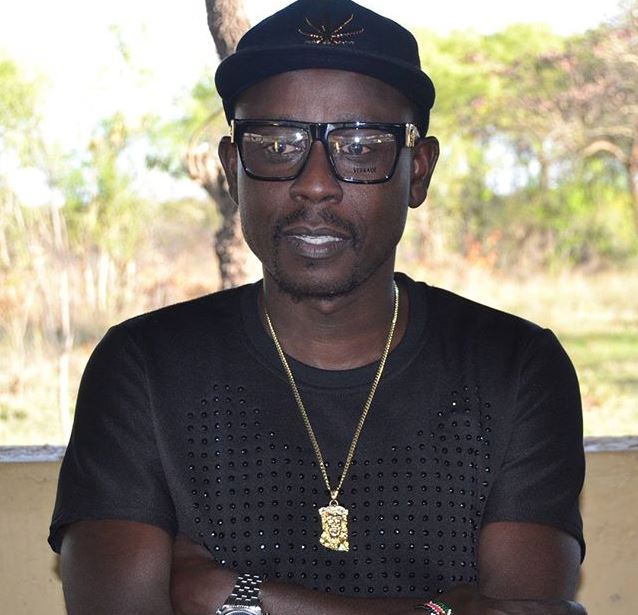 P-Unit’s Frasha, appears to have joined the elite list of Kenya’s licensed gun holders. The rapper, through social media recently flaunted the piece, that he has been packing for security purposes.
He captioned the photo of what looks like a Glock 19: “I call the shots literally #newalbumalert #DAKITARE.”
Over the last couple of years, rap trio P-Unit has been one of the most consistent music group in Kenya, until the three; Frasha, Bon Eye and Gabu decided to pursue solo careers. Of the three, Frasha was the first to launch his solo career under the “I Am Frasha” banner in March 2015.
The rapper is now gearing towards the release of his debut album titled ‘Dakitare’, which is expected to drop in April 29 this year.
He took to Instagram over a week ago to flaunt his handgun. Check it out below: 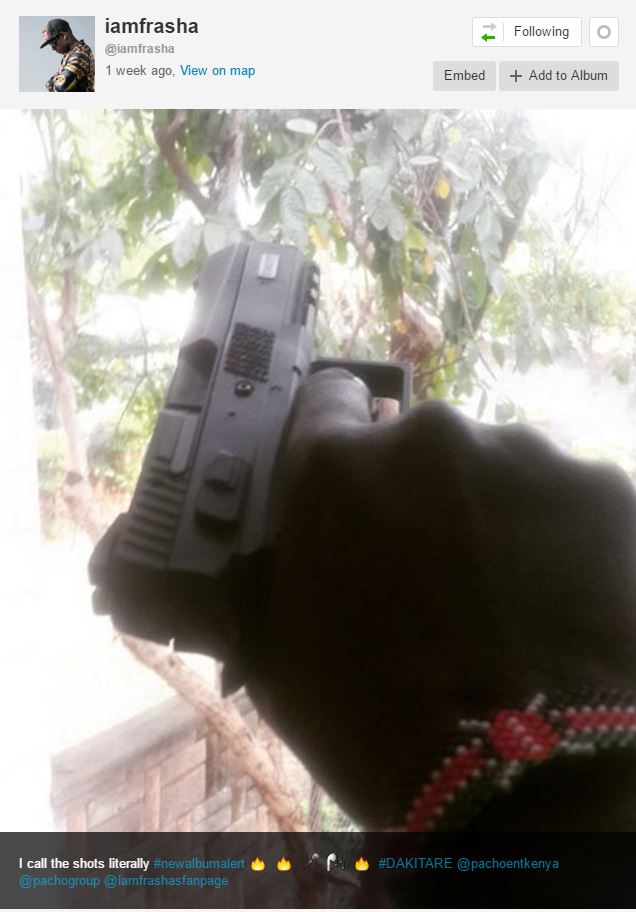 Prezzo Should Know People!!! A Look Into Jaguar’s Elegant NACADA Office (PHOTOS) < Previous
Like Father Like Son!! Meet Churchill’s Son Who Takes After Him (PHOTO) Next >
Recommended stories you may like: