It is true when they say that hell hath no fury like a woman scorned. And with that said, women just know how to pull dramatic stunts whenever reacting to a matter that has hurt them.

For instance, while reacting to her husband’s infidelity, a certain wife decided to hire a goon to airbrush hubby’s car with scornful messages. You can imagine the amount of money he will have to spend to have his car re-painted.

The angry wife is said to have found the car parked outside the alleged mpango wa kando’s house before doing the messy revenge.

Here’s the Kikuyu messages the car had. 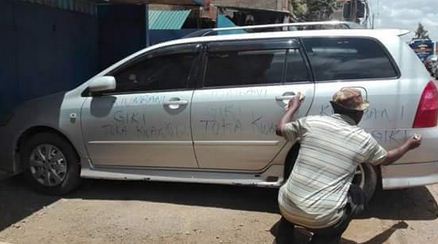 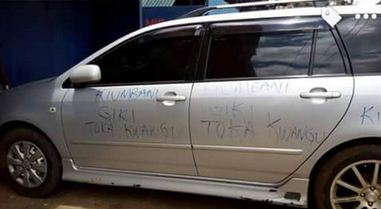 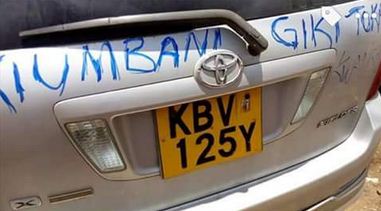 Loading...
2 French Tourists Die in Samburu Aircraft Crash – PHOTOS < Previous
The Hottest Stories on the Internet Today (Tuesday March 15) Next >
Recommended stories you may like: