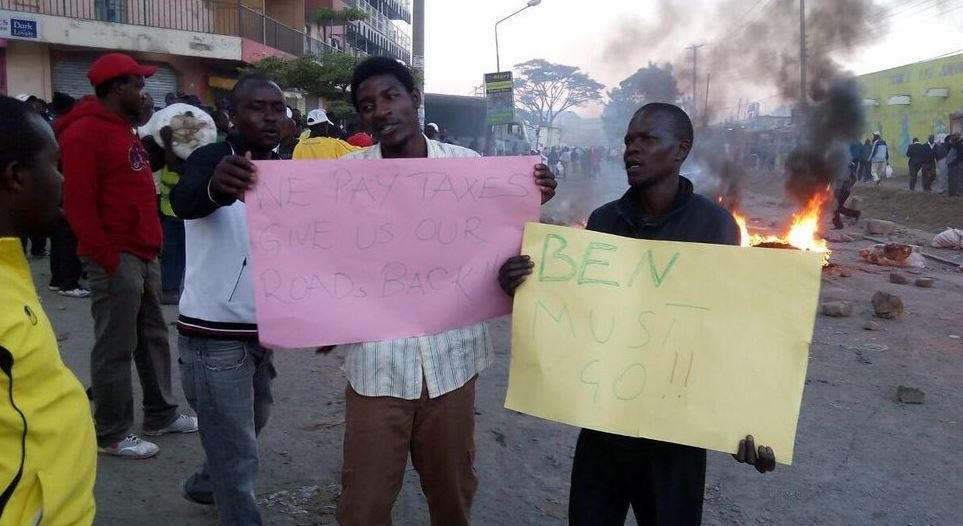 A Nairobi Member of County Assembly (MCA) was on Monday morning pelted with stones as he tried to address residents of Donholm estate, Nairobi.

Angry residents took to the streets to protest over the poor state of roads in the area. The protesters comprising of matatu operators and local youths burnt tires and lit bonfires on the Donholm- Jacaranda- Savannah road, blocking it in the process.

The MCA who moved to calm the irate crowd was however met with rage and stoned while on top of a white Landrover.

In a video shared on social media, agitated locals are seen vigorously shaking the vehicle as the MCA struggles to find balance.

Nairobi County Executive for transport Mohammed Abdullahi dismissed the unrest, claiming that it was instigated by a political aspirant and that rehabilitation of the road was ongoing.

Here is a video and some photos

11:06 the Donholm MCA was stoned and chased in Donholm following the upheavals. Political hypocrisy pointed out! pic.twitter.com/IVM6ujqDVD 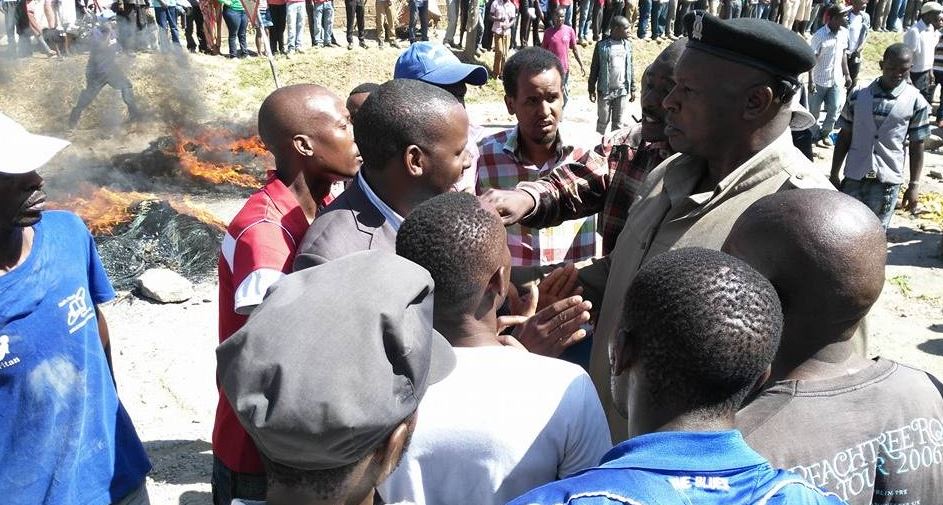 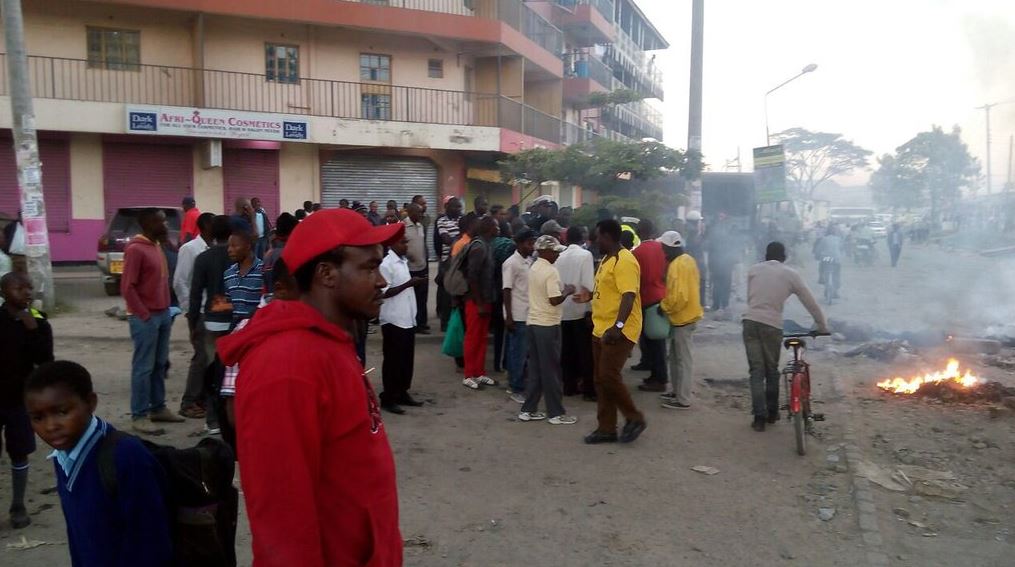 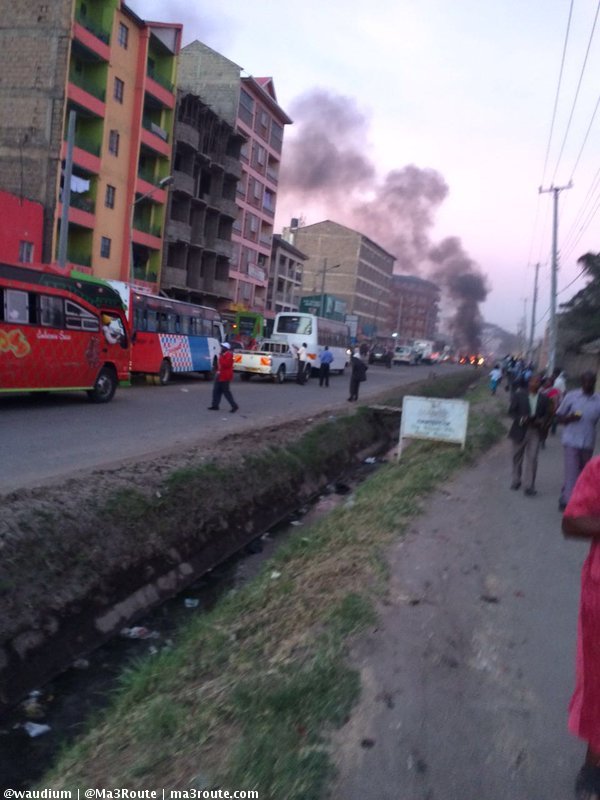 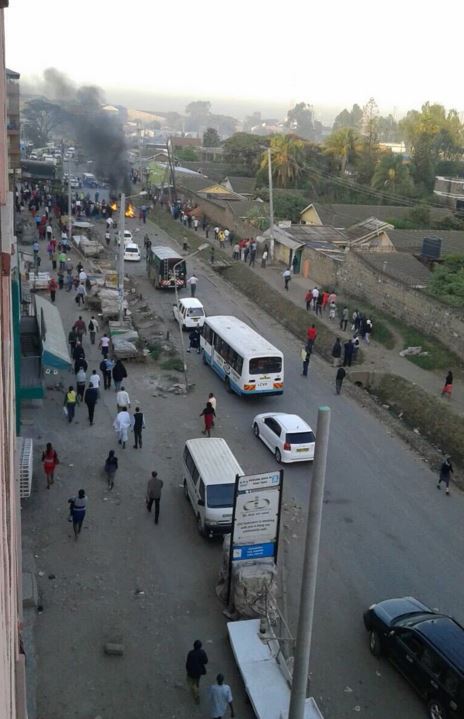 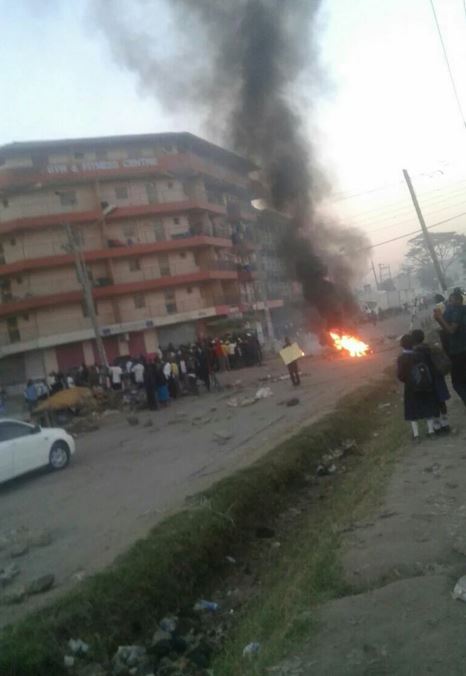