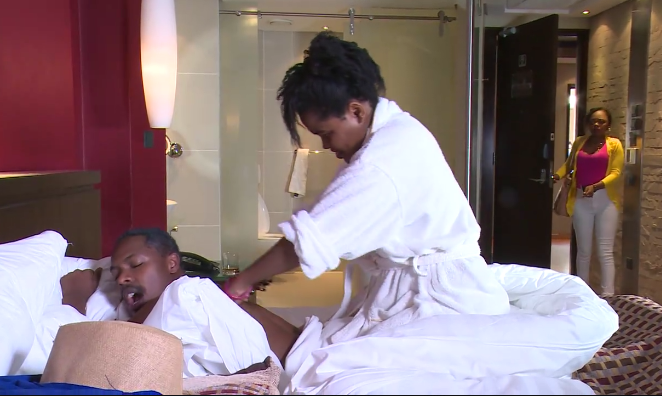 Comedian Sleepy David has finally delivered on his highly anticipated video of The Sponsor.
Last week but one, the comedian grabbed everyone’s attention with a promotional story about ‘leaked’ photos of his girlfriend. The story was of course a build up to a funny skit dubbed ‘The Sponsor,’ that has finally been released on the interwebs.
In the short skit, the comedian hilariously plays the role of a sponsor on a hot ‘date’ with his sponsee when another sponsee shows up.
Check it out below
SLeepy David | Facebook