Nyeri County should just become the official home of drama. I mean, everything crazy that hits Kenyan airwaves and takes the country by storm is mostly from residents of this county.
Speaking of which, 7 male porters were nabbed over the weekend by their friends and forced to strip down before they were bathed in public. Residents from the area confirmed that the seven had a tendency of not visiting the bathroom, thus resulting to body odor.
Concerned about the hygiene of their colleagues, their pals decided to give them a shower in broad daylight as well giving them new clothes to wear.
Some photos. 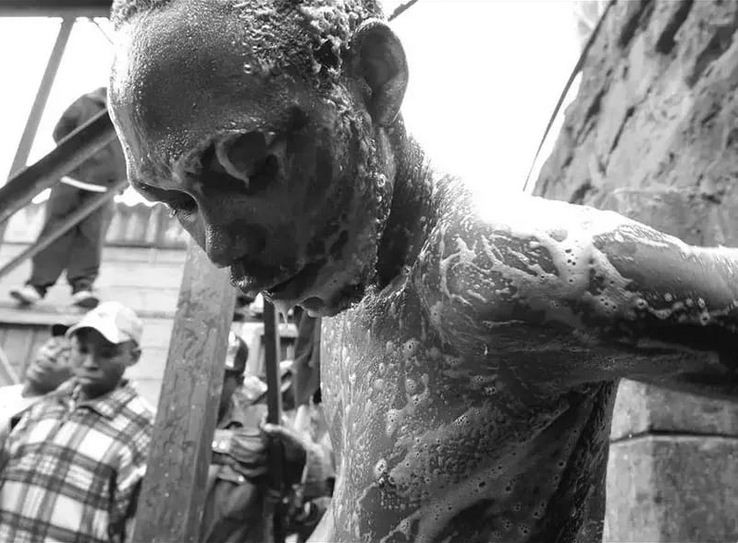 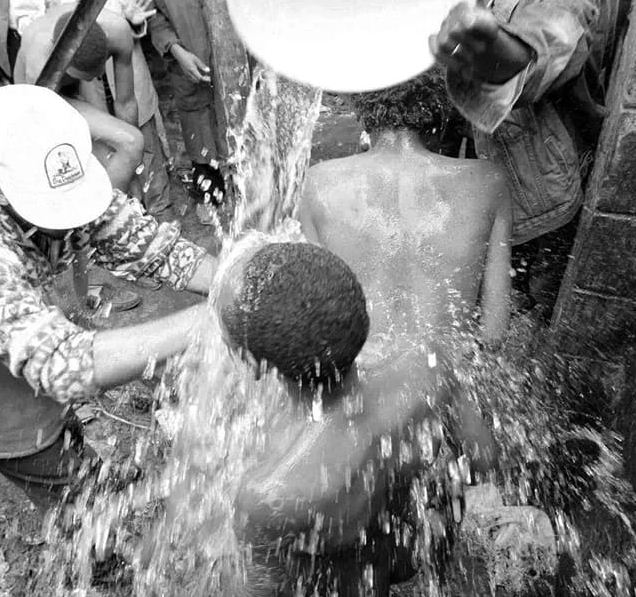 “I Said All I Wanted to Say. I’m Now Focussed on the Future” – Cecilia Mwangi < Previous
Meet UON Campus Girl Accused Of Bedding the High and Mighty for Money and Power – PHOTOS Next >
Recommended stories you may like: