Five suspected robbers were on Monday killed along Thika Road after a dramatic shootout with police.

An AK47 plus two pistols were recovered on the scene. The car they were driving is also believed to have been stolen. According to the officers involved in the shooting at Survey, the thugs had tried to stage a robbery in Highridge but abandoned their plans after realizing they were compromised.

They drove off towards Thika Road as police in unarmed vehicles trailed them.

According to witnesses, the police struck when the robbers slowed down for the speed bumps.

“I was driving ahead of the affected double cabin vehicle before I heard gunshots that resulted to the death of the five. Police jumped out of their car before aiming their guns at the vehicle in a dramatic manner,” one witness told Standard.

The shooting caused a heavy traffic jam on the road.

Some photos from the scene. 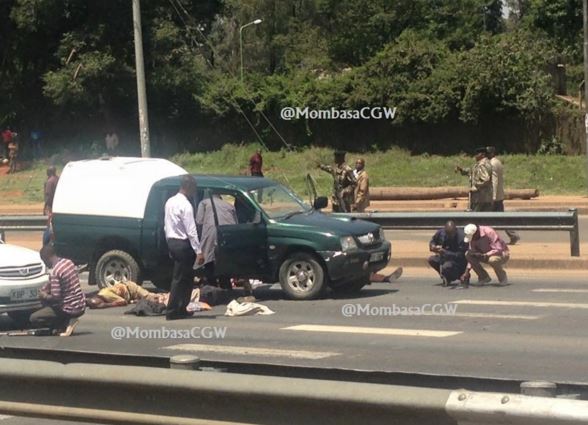 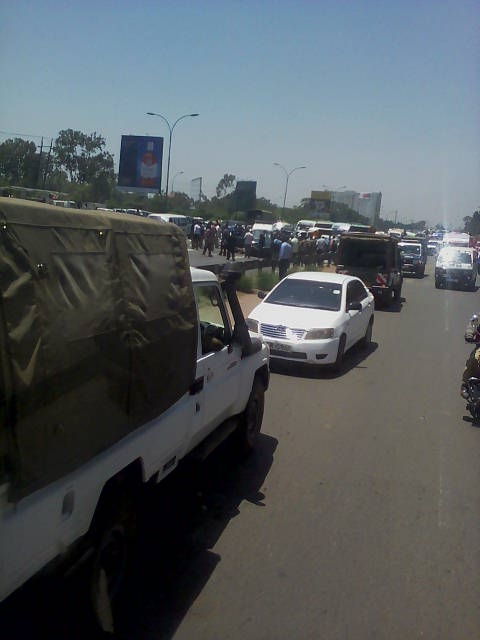 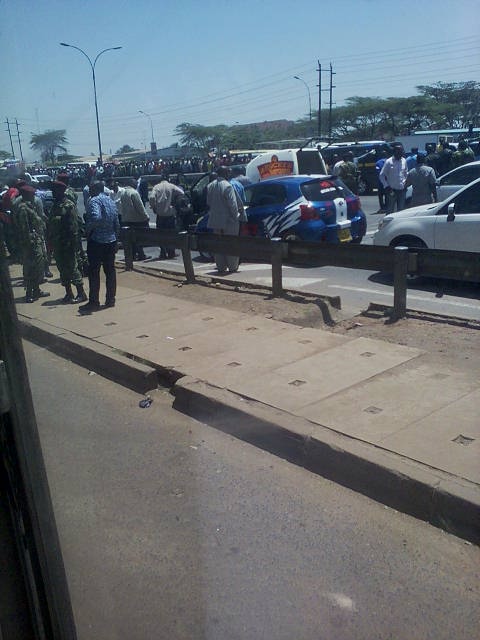 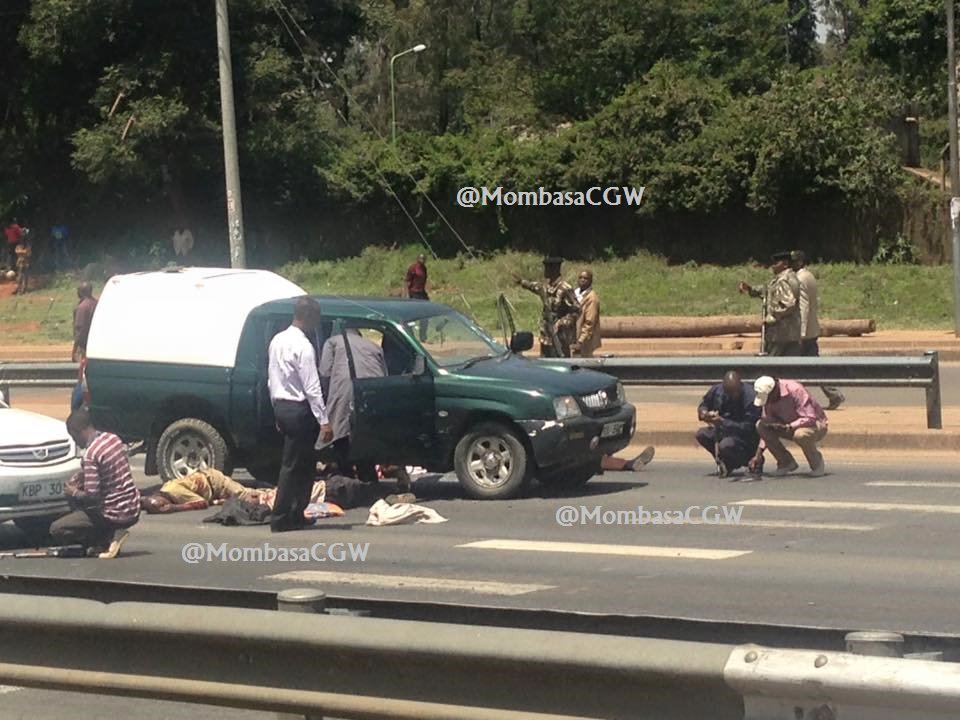 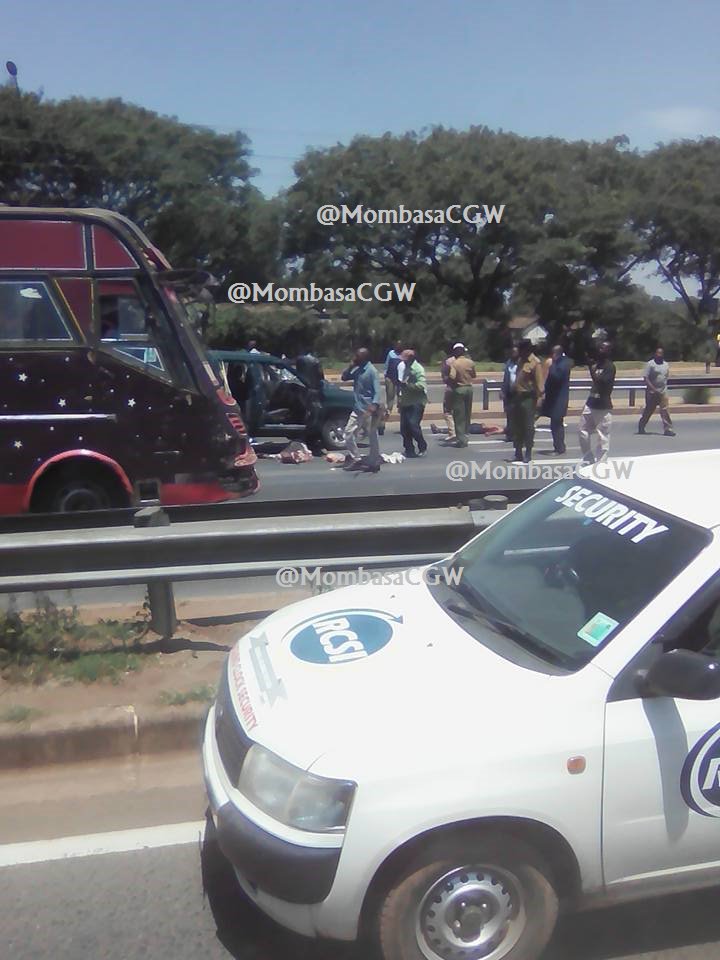 Loading...
VIDEO: Turkish Player Shows Referee Red Card, Sent Off Imediately < Previous
PHOTOS of Alaine Looking for Wafula in Busia and Kakamega Next >
Recommended stories you may like: