Gone are the days when women used to be battered for no good reason. But the problem is that we still have men who still believe in battering their wives. Aye! A Masai woman named Eunice Leshunet is a victim of a rough pounding from her beloved husband following her declaration to vie for a senatorial seat.
The severe beating she got from her endeared man has left with a sore eye and a heavy heart. However, despite being emotionally humiliated by the act, she has vowed not to let go of her ambitions to run for the political seat.
Posting on her Facebook page after the beating, below is a photo of her after the assault. 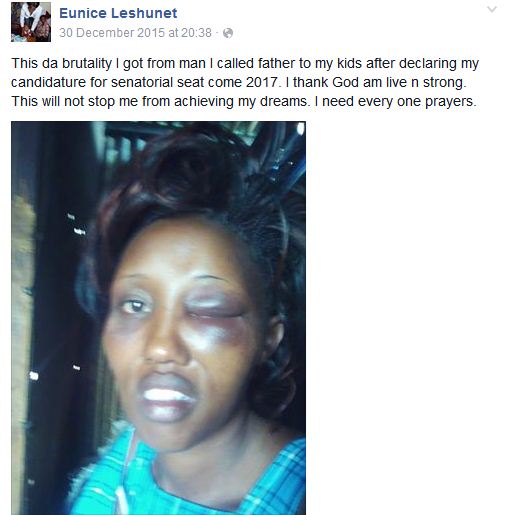 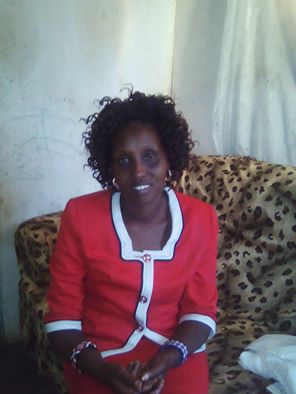 After a 30 KG Weight Loss, Nazizi Now Wants to Help You Lose Yours Through a TV Show < Previous
These Policemen Know How to Get Down to Lingala – VIDEO Next >
Recommended stories you may like: