Interesting: Letter to the Producers of ‘Nairobi Diaries’

The socialite-packed and drama-filled Nairobi Diaries has since its premiere received a lot of criticism from social media with some even terming it as Nairobi Diarrhea. Going by the tweets the TV series gets whenever it airs, it’s clear that Kenyans are not satisfied with the way it has been produced and directed.
Someone bold enough has decided to take the bulls by the horns and address the mishaps he sees in the program. Below is a letter the unnamed guy wrote to the producers of the show. 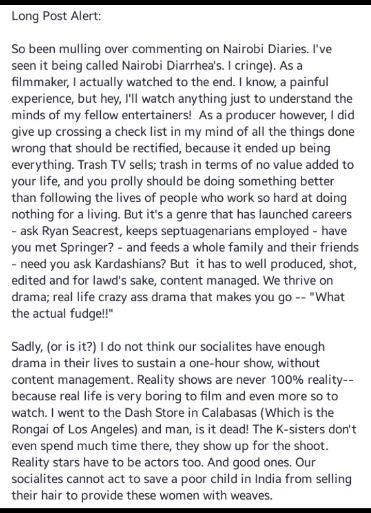 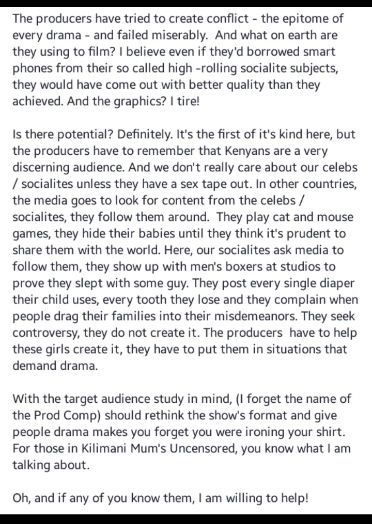 “Elani Not Entirely Truthful” – MCSK CEO Maurice Okoth < Previous
HILARIOUS: Comedy Divas Mammito and Zeddy Roast Each Other Next >
Recommended stories you may like: