Two foreigners believed to be kingpins in a currency printing ring have been arrested and arraigned in court.
Inspector General of Police, Joseph Boinnet said Cameroonian Ousman Bako and Mohammed Sani alias Mustafa from Niger, had been fleecing people in and outside Kenya of “colossal sums of money”.
The Police boss said the arrest followed the receipt of an intelligence report indicating several people had been conned of more than Sh40 million in exchange of foreign currency shipped from Syria, The Star Reports.
He said operations carried out by CID officers led to the recovery of $693 million (Sh71 billion) and 369 million Euros (Sh41 billion).
“Money-printing machines, money cutters, scanners, five safes, two computers, chemicals, masks and foil paper were also found,” he said.
“We have in the past received a complaint from the government of Comoros that certain foreign individuals staying in Kenya are manufacturing fake currencies and circulating it in the economy,” he added.
Here is a photo of the recovered currency 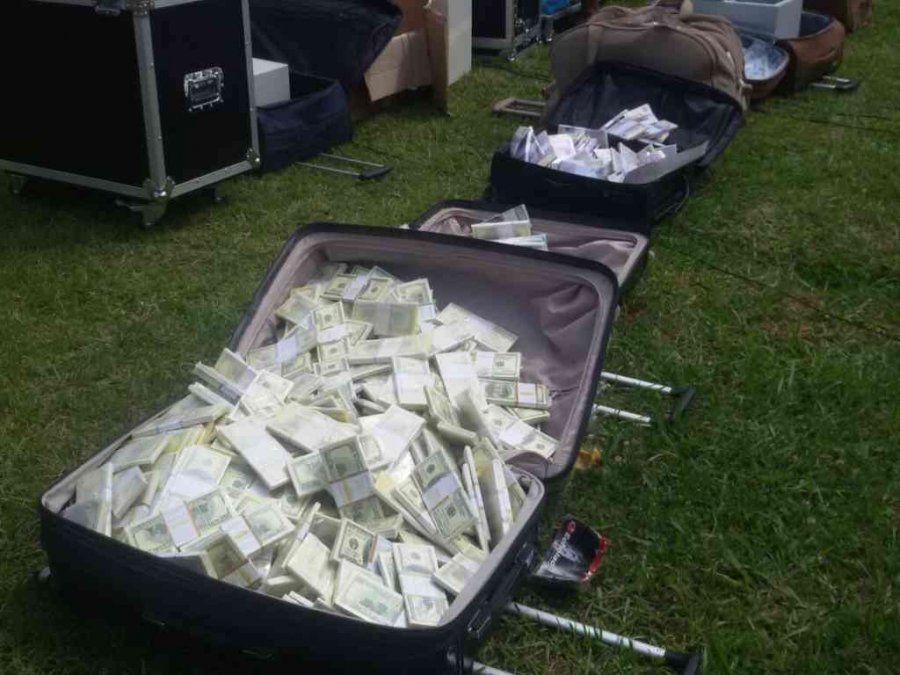 Meet All the Hot Socialites in ‘Nairobi Diaries’ Cast – PHOTOS < Previous
Video of the Day: US Navy Sings ‘The Lord’s Prayer’ in Perfect Swahili Next >
Recommended stories you may like: