Is TB Joshua’s Prophecy Being Fulfilled in South Sudan? 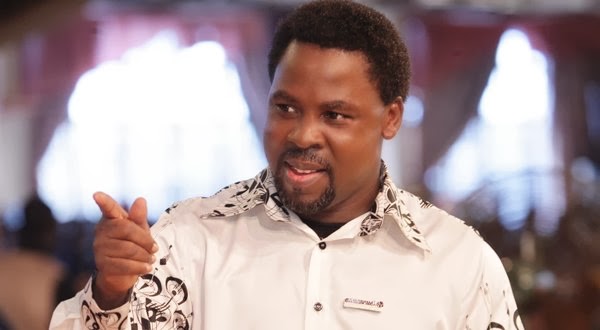 Sometime in late October or early November, Nigerian prophet TB Joshua prophesied that an East Africa president would be abducted by terrorists.
Were it any other prophet, that would probably have gone unreported, but TB Joshua was right on the death of Malawi President Bingu wa Mutharika.

This particular prophecy was distorted by the internets, prompting his ministry to release this statement.

This is an official message from Prophet T.B. Joshua and The SCOAN. There are distorted rumors spreading on the internet concerning T.B. Joshua’s prophecy this past Sunday. Rumors are saying that the man of God said that an East African country will soon be kidnapped by terrorists and that a night club would be blown up. Do not listen to the father of lies.

These are not the words used by the prophet. Prophet T.B. Joshua specifically asked journalists not to misquote his prophecy.
He said that he saw a leader being captured. The prophet instructed the people of God to fast and pray on Wednesday and Thursday. He said Wednesday and Thursday had nothing to do with what was going to happen, but the people of God should fast and pray on those days. He also told the congregation that he will stay in an attitude of prayer for the country concerned, so that God might subdue this coming evil to a mere sign.

He said that the country concerned is not Kenya, but a country close to it. He mentioned that it is the same country in which a similar event took place while they were drinking and dancing.
He will continue to pray for them, but he will not mention their names unless God instructs him to do so. This is because many would begin to spread rumors and false allegations against himself, the leader, and the country rather than pray for them. He said if prayer and security are not in place, the blood of thousands will be wasted. Let us all stay in an attitude of faith and prayer, in Jesus’ name.

The wording of the prophecy prompted many to claim that the country in question was Uganda. This is especially because of the ‘drinking and dancing’ part, since a nightclub in Uganda was bombed a few years back.

Prophesies are however known to have deep interpretations, and only the prophet knows exactly what he means.
That takes us to recent events in South Sudan, where Salva Kiir’s government has just survived a coup attempt.
Fighting is however still ongoing.

Only time will tell whether TB Joshua was talking about South Sudan.

PHOTO – This Probox Has Broken The Overloading Record < Previous
Robert Alai – Assassins Have Been Sent To Finish Me Next >
Recommended stories you may like: