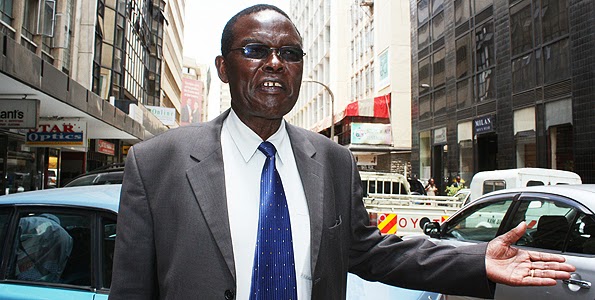 Former Traffic & Licensing Board chairman Hassan ole Kamwaro has married for the third time.
Kamwaro married Eunice Sission, 22, in a traditional wedding that took place at his Eor Engitok home in Narok County on Saturday.

Mr Kamwaro and his best man led a delegation to pick the bride at her home in Olchorro on the eve of the wedding. As required in his tradition, Kamwaro presented a cow, blankets and Sh 50,000.

Eunice Sission, adorned bead necklaces as she received blessings from her father and community elders before she was unveiled to the delegation by the women. On arrival at her husband’s home, she was welcomed and blessed with fresh milk and 18 cows for her upkeep.

Mr Kamwaro narrated his sad tale of losing his first wife in a road accident in 1996 and his second wife leaving him not so long ago.

“My neighbours decided that I should marry another wife who would help me after undergoing neck surgery in the USA for six months last year,” said the 69 year-old, Kamwaro.

Amazon To Start Using Drones To Deliver Goods To Customers < Previous
VIDEO – Did You Know Mark Masai Can Sing? Next >
Recommended stories you may like: