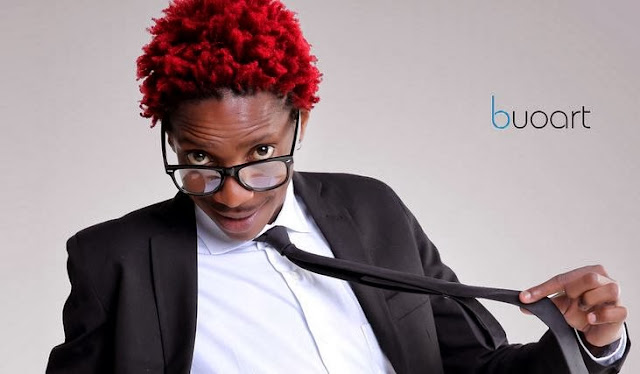 In a country where homosexuality is abhorred, Eric Omondi must be one brave fella. On last week’s Churchill show, which aired on Sunday, the stand up comedian performed his thing while dressed like a lady.
Not that this is the first time, but in this instance, he even had some ‘breasts’.
To add on that, the OLX ambassador ‘catwalked’ on the prepared runway.
As is characteristic of him, his jokes were about the ladies and their behaviour, and sure enough, his performance was convincingly feminine.
A lot of people took to Twitter, some wondering whether Eric has any friends to advise him.
Here were some tweets.

PHOTOS – This is How JKIA Greenfield Terminal Will Look Like When Complete < Previous
Pope Francis Reveals He Was a Bouncer at a Nightclub in Buenos Aires Next >
Recommended stories you may like: