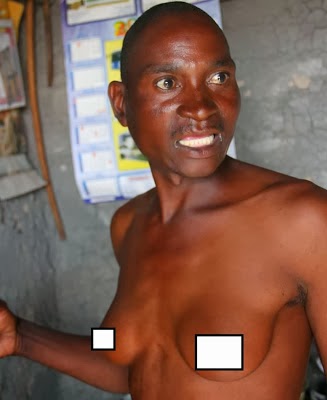 A man from Mhondoro who is suspected to have stolen and sold some cattle is in turmoil after he suddenly grew some boobs.

Villagers believe the 40-year-old man from Nherera in Mhondoro has been fixed by the cattle owner. Acry Chinhivi Shayamano, denied that he ever stole cattle and maintained that his boobs were not that bad.

“Who told you that I have grown boobs. Mine are not that bad. I never stole anyone’s cattle,” he said.

He said his grandmother lost two cows in February and that was time he noticed his boobs growing. He said people just made a connection, which was not the case.

But he did admit that he was a thief but has never stolen cattle. 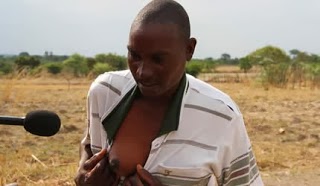 “I steal but not cattle. I stole some DVDs and I was arrested and ordered to pay a fine,” he said.

Acry said his boobs were not painful but were still growing. He said the boobs could be a side effect of the ARVs he was taking. He has been taking them for the past three years.

But some villagers are convinced that Acry is paying for his crime.

Hamilton Magaisa (50) said: “We all know that Acry grew boobs because of his thieving. People who steal are punished in so many ways. I have no sympathy for him.”