Sauti Sol: We are NOT GAY and We Will Sue Blogger 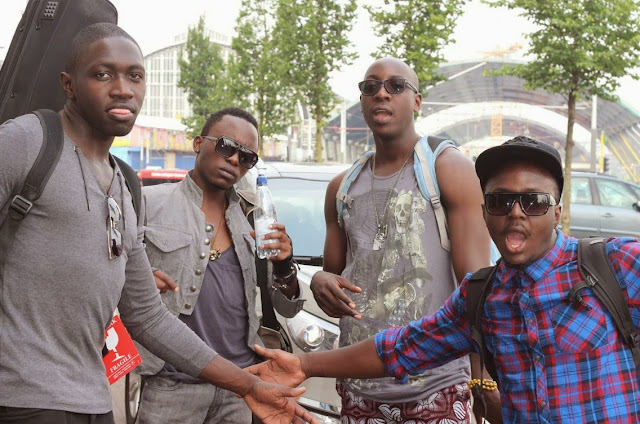 Yesterday, a false story about Sauti Sol coming out was published by a rogue blog, Uhondo 254, and picked up by their equally rogue brothers The Kenya Daily post.

From the story, one of the band members had intimated to the blogger that they were homosexual… all of them.
“We don’t do it for the money, we do it for the butt!”  he was reported to have said.

On their Facebook page, the band stated that the quotes were falsified as no one had interviewed them.
“We were not interviewed or get quoted by any of those blogs trying to drag our name in gossip stories. We also wish to distance ourselves from all that false info they are claiming.” read part of the statement.

No surprise here, the same blog that published the ‘exclusive’ had some time back also reported that Maina Kageni had come out.

These bloggers continue giving the rest of us a bad name, but at the end of the day, we all know where to find trusted info. When anyone comes out, believe it when you see it on Nairobi Wire.

Meanwhile, the band has threatened to sue the blogger who originated the story. Speaking to Vibe Weekly, the group’s publicist Anyiko Owoko said, “It is obviously a ridiculous rumour, even outrageous. Enough with the gossip and blogs. The band members are as gay as happy means, and would all like to keep their personal private lives including that of their family and friends private and respected.
The band’s first reaction was shock at how someone or some blog could write that they had interviewed them yet they hadn’t, that’s wrong, malicious and defamatory and we will be taking legal action against all these idle rumor mongers.”

© nairobiwire.com
Follow @nairobiwire
All The Memorable Quotes From Tusker Project Fame 6 < Previous
Lebron James in Talks With Beckham on Co-owning MLS Team Next >
Recommended stories you may like: