Poet Sentenced To 1 Year After Cheering For Westgate Attack 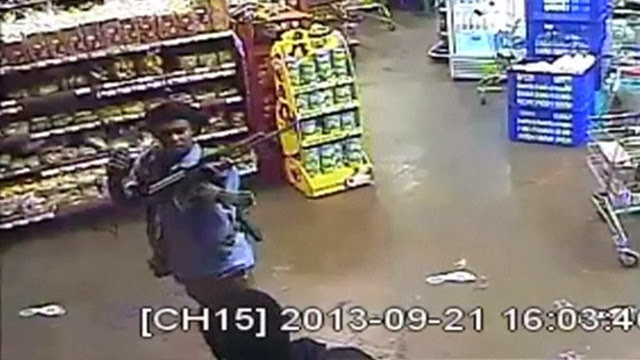 Somaliland court in Hargaisa has sentenced a Somali poet to one year in prison and fine of $180 dollars, after he was found cheering for Nairobi’s Westgate Mall attack that left at least 60 people dead.
Abdiwahid Ali Gama’did showed how he was pleased about the attack in Nairobi by al-Shabab, al-Qaeda affiliated terror group in Somalia in a poem he wrote in September. The court also said he was found having unlicensed pistol in his home.
Gama’did, 31, was in custody for a month during his court trail, his lawyer denied the court ruling, saying it is injustice to the defendant.
Hussein Shabel Abdillahi, Gama’did’s legal representative said that the Somaliland constitution allows every citizen the right to express his or her idea and the verdict is against the freedom of expression.
“The verdict is injustice, because he was arrested of writing poem and the poem was addressing many issues,” Shabel told Hiran Online, a local website.
Shabel also contradicted that his client was having unlicensed pistol, saying that the pistol had a license and they brought its documents to the court.
Analysts believe that Abdiwahid may buy his one year prison sentence, since this is a popular in the region.
– Somalicurrent.com
PHOTOS – Battle of Hips… This TPF Housemate Giving Lindah Oguttu a Run For Her Money < Previous
Al Shabaab Bans Use of Smartphones Next >
Recommended stories you may like: