Al Shabaab Bans Use of Smartphones 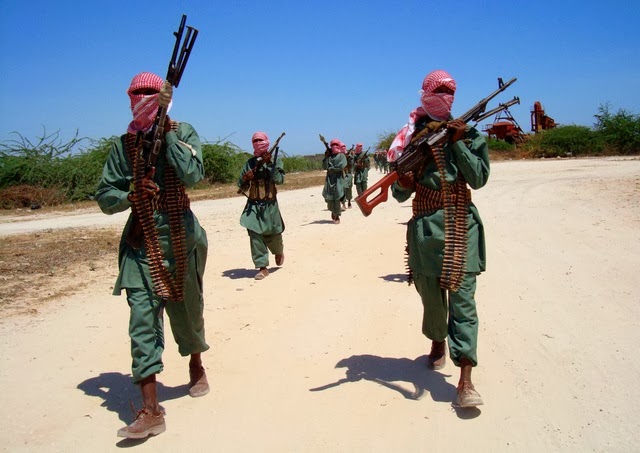 Shabelle – Somali based terrorist group al-Shabaab is reportedly on a campaign to halt the use of smart-phones in territories where they have influence. According to a report on Sabahi Online residents in Somalia’s Lower Shabelle region are being warned not to use smart-phones for fear that the mobile devices could be used for spying.
Al-Shabaab operatives have reportedly been interrogating residents and business owners in the towns of Barawe, Bulo Burde and El Bur asking what kind of phone they use and warning those who own a smart-phone such as an iPhone, Samsung Galaxy or Blackberry to get rid of the device.
“About four young men came into my pharmacy and saw my Samsung Galaxy phone while it was charging,” a pharmacy owner in Barawe, Hassan Farah told SabahiOnline.
“They ordered me to hand over the phone and immediately began searching my text messages, while asking me unnecessary questions about how I acquired the phone or if I send text messages abroad. I answered them with the answer they liked and told them I do not communicate with anyone outside the country.”
He said the men instructed him never to use his phone again, threatening dire consequences if he does. The men told Farah that smart-phone devices were being used to spy on Muslim people.
Farah said he now no longer uses his smart-phone because he does not want to risk the chance of getting caught doing so by Al-Shabaab.
But many residents are angry over the Islamist group’s latest anti-technology campaign. One woman, who asked to be called only Sahra, told SabahiOnline that this anti-smartphone campaign was “a nuisance and a way to disturb the public.”
Another resident, a traditional elder from the town of El Bur Munmin Gabow said he is very angry about this campaign.
“I am very sad about it because it is good for a human being to use any kind of phone he desires. The most important reason to carry a phone is to speak on it, and in my opinion, I think al-Shabaab is using any kind of lie to destroy the progress people have made.”
Gabow said the Somali government must step in to rescue El Bur residents from the tyranny of al-Shabaab.
“Speaking on behalf of the elders of El Bur, I am asking the government’s forces to come to El Bur as soon as possible and clear out the al-Shabaab terrorists who are causing immense harm to the people,” he said.
Al-Shabaab reportedly began their anti-smartphone campaign in October after a US military operation targeted an al-Shabaab commander in a house in Barawe. The group has also placed a ban on watching television in Barawe, saying that television undermines Islamic principles.
Yahoo News
Poet Sentenced To 1 Year After Cheering For Westgate Attack < Previous
StarTimes Slashes Decoder Price Next >
Recommended stories you may like: