The new 777-300ER joins the already existing range of Boeing planes in the airline’s fleet – which includes 25 passenger aircrafts and two freighters.
Among the features in the plane’s Premier World section are: full flatbed seats with leather foot-rests, laptop stowage and armrests that also act as privacy dividers, Wi-Fi connectivity for passengers, high quality in-flight entertainment; a 15.4 inch touch screen monitor for each seat, power sockets and USB  ports.
For the Economy Class, seats are cut above the rest, with articulating seat bottoms for better legroom, four-way adjustable headrests, in-flight handset seatback and large 10.6 inch touch screen monitors. Each seat also has a USB port, with power sockets strategically installed throughout the cabin.
‘Maasai Mara’, as the plane was christened, will begin flights to China later this month.
KQ will receive two more 777-300ER aircrafts next year.
President Uhuru and DP Ruto got a chance to sit in the plane’s cockpit.. Here are some pics. 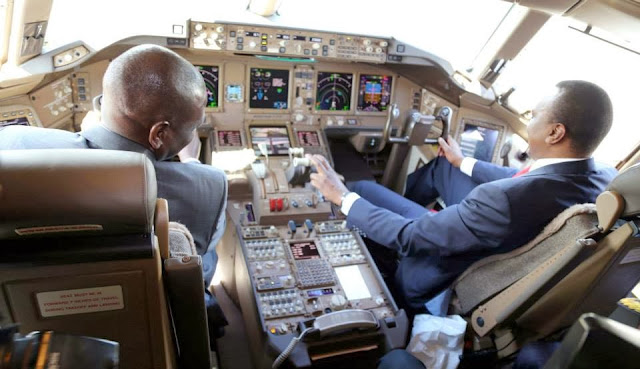 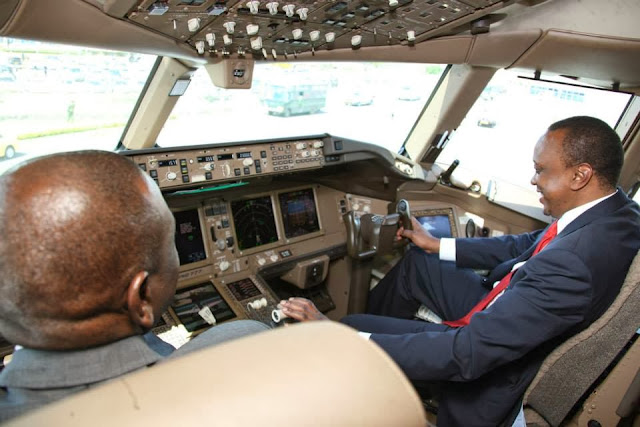 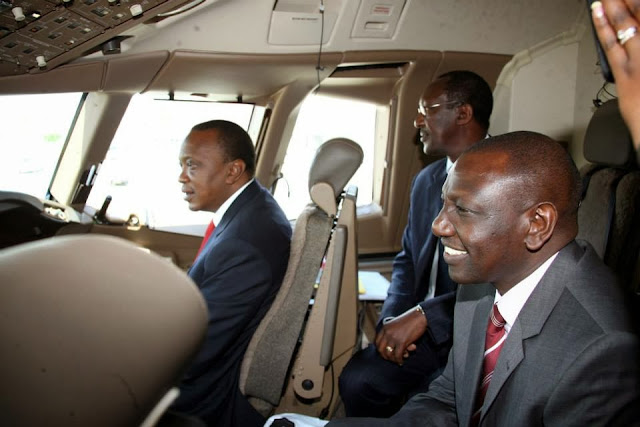 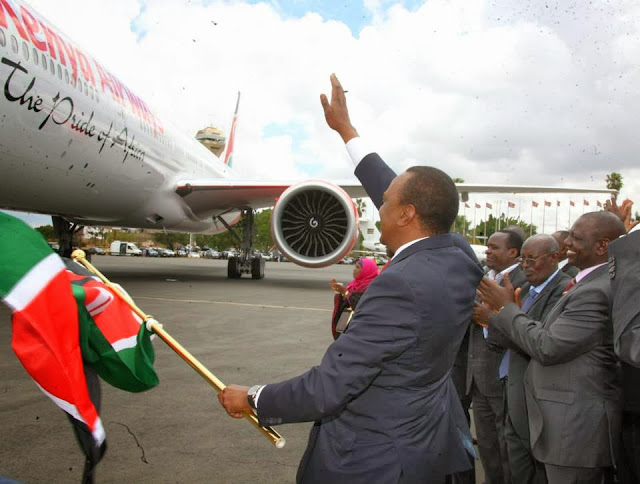 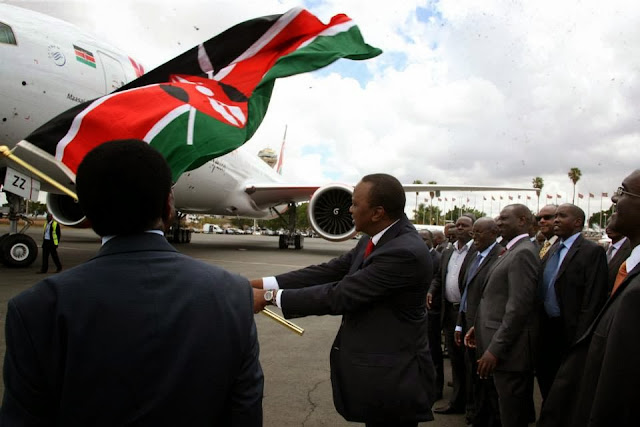 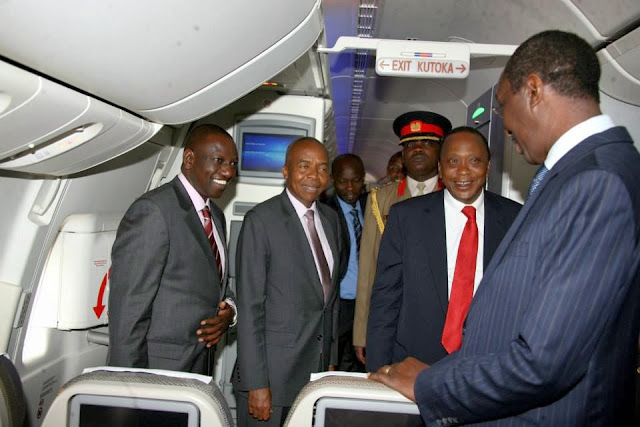 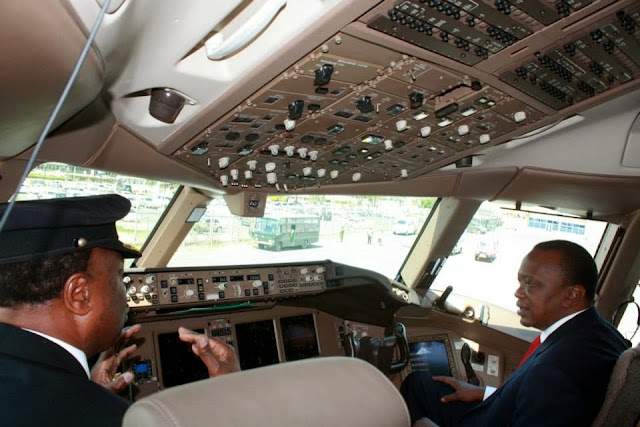 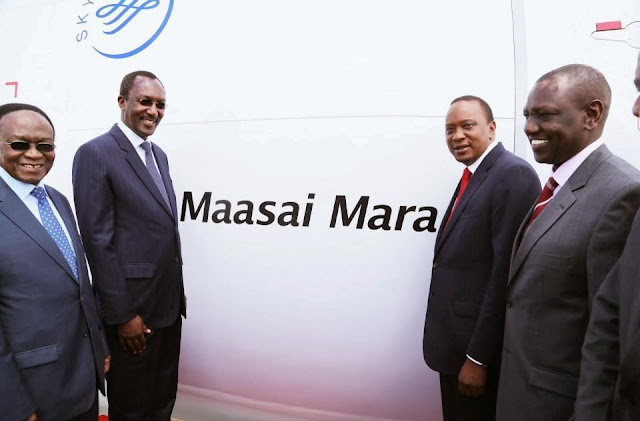 Lawyer Ahmednasir Abdullahi Reveals He Rears Camels < Previous
POLL – Can Dennis Okari Be The Next Big Pastor? Next >
Recommended stories you may like: