Get 10,000 Likes on Facebook And I Will Take You Back… Man Tells His Cheating Kiambu Wife 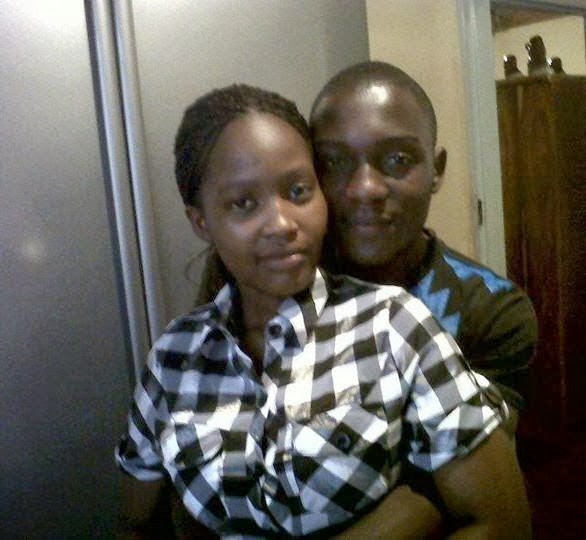 A man from Limuru has given his cheating wife a condition for any make up. She must admit to cheating and get 10,000 likes on social media.

George Gichangi, 32, married Keziah Wahito in 2006, but the wife has continued to cheat on him. For three times, the wife has been caught cheating with the same guy. Twice they have reconciled after a visit to the lady’s home in Kiambu.
Now, George has taken another approach.

My name is George Gichangi. I am 32 Years old. And I am currently separated from my wife. I am a teacher. And I live in Limuru.
I was inspired by the story of an American woman named Sonya Gore to go PUBLIC about my marital woes.

See,Sonya married Ivan Lewis in February 2010. But just 10 months later,they separated. After Lewis cheated on her.

After the separation,Lewis took to social media to try and win Sonya’s heart back.

But Sonya did something unique;

Sonya told Lewis to PUBLICLY ADMIT on FACEBOOK that HE HAD cheated on her. And if that post gained 10,000 LIKES,she would accept him back!

And sure enough,Lewis took a piece of hard paper and wrote on it ; I CHEATED ON MY WIFE. PLEASE FORGIVE ME. He posed with that paper,took a photo and updated it on Facebook.

And after months of the photo being shared and going viral,it attracted 10k LIKES and Sonya accepted Lewis back into the marriage.

Our marriage was smooth. And fun. And exciting.

And soon enough,a baby came along.

God blessed us with a child, Brian Gathukia,who is 3 Years old.

But in 2011,Keziah started cheating on me.

She was then working for Faulu-Kenya,the micro finance bank.

Keziah was cheating on me with some rich businessman. His name was Sam Njenga.

I knew about it,confronted Keziah and,as expected,she vehemently denied it.

I was hurt by her lies. And desperate attempts to cover up her transgressions.

I let it go. And after two months,I realized she was still cheating. With the same guy.

I didnt care where she would go or end up.

I was left with our baby,Brian Gathukia. I was the father and mother to him.

But on December 16th 2011,I visited Keziah’s home in Ting’ang’a,Kiambu. I met her and her parents,we talked,solved issues and made up.

I took her back to our home. And took her in.

Our marriage progressed just fine until 4 months later ,March 2012 when I discovered she was cheating. Yet again. With the same GUY!

I got mad. I almost went crazy.

I even stormed Sam’s offices and created quite a scene.

But as I was busy creating trouble and bringing the whole place to a stand-still,police came in and arrested me.

And in the process,I lost my job.

Again,I kicked Keziah out. This time,together with Baby Brian.

I even moved out of our home. And started living alone. And drinking heavily.

But in August last Year,Keziah made desperate efforts to re-unite with me. And,being the man I am,I fell for her,visited her home again,talked it out for hours,and ended up with her. Yet again.

But Keziah wouldnt stop. She pretended to have changed. But it was all a gimmick.

Keziah would still move with him. And play discreet games with him.

Keziah wont change. Yet I LOVE HER TO DEATH.

I am tired of my wife and her secret man,Sam.

I have confronted Sam a hundred times AND He still wont respect Me. Or MY MARRIAGE.

As a man,I am hurt. And deeply wounded.

My manhood has been injured.

And thats why I have turned to social media. I want MY marriage BACK! I want my wife BACK!

I DONT BLAME MY WIFE. I blame Sam,her lover.

I know women are weak and easily influenced. And so,I blame Sam for stealing her heart.

Kindly,call Sam and tell him to RESPECT Me and My marriage. And if he doesnt pick,TEXT HIM.

Tell Him its WRONG . And that He is hurting Me. And My child Brian.

Bother him. Disturb him.

ORDER Him to Leave My wife and Marriage ALONE!

Yes,call him names if possible!

He has many contacts…but the ones he uses to text/call My Wife are;

And as for You Keziah,If You want me back,You MUST DO what Sonya Gore’s husband did.

You MUST ANNOUNCE PUBLICLY on social media that YOU CHEATED on Me. And seek for forgiveness. In public.

The reason I also chose 10k LIKES is so that THOUSANDS and THOUSANDS of people will see YOUR FACE. And know that YOU cheated in a marriage. Our Marriage.

YOU MUST FEEL THE SHAME.

Still Love You though.

KIDERO – There’s Nothing I Can Do About The Samsung Billboard on KICC < Previous
Top 100 World’s Most Valuable Brands Next >
Recommended stories you may like: