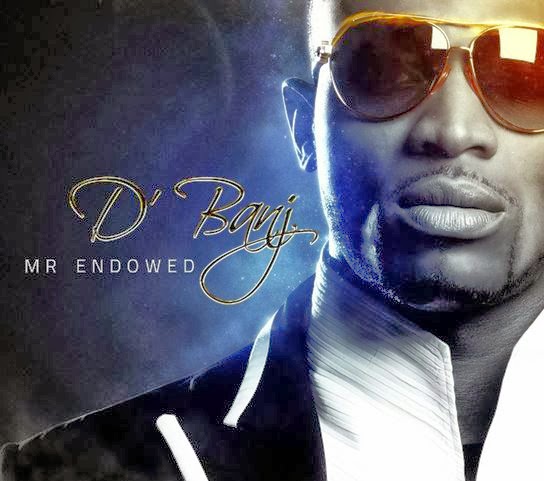 The list of musicians who rake in millions of dollars are usually reserved for international megastars like Beyonce or Kanye West and people who largely hail from the western world. However, there are artistes across Africa whose stars are rapidly rising and they are able to command larger paychecks around the world. Highly influential and each bringing their own unique sound, these artistes represent the richest African musicians, according to Answers Africa. ANTHONY ADA ABRAHAM brings you the list.
10. Jose Chameleone
Jose (or Joe) Chameleone is a Ugandan artiste who found his niche blending traditional Ugandan folk music, a bit of rumba and a heavy reggae influence. He sings in English, Swahili and Luganda. His mansion outside of Kampala and four cars (including a Cadillac Escalade and a Benz) are evidence of his success, particularly with his hit, ValuValu. He’s been credited with changing the face of music in Uganda, as well as making local music accessible to the rest of the world.
9. Banky W
Born Olubankole Wellington in the U.S, Banky W moved back to Nigeria and grew up in Lagos, where he began singing at an early age. Finding success early in singing competitions, most of his wealth has come from endorsement deals with companies such as Etisalat mobile and Samsung in Nigeria. He also started the Mr Capable Foundation, an education charity that provides tuition scholarships for disadvantaged children.
8. Hugh Masekela
Musical sensation Hugh Masekela is a South African artiste who plays variety of instruments including the trumpet, flugelhorn and cornet, along with singing and composing his own work. He has been highly praised for his work, with everything from a Grammy nomination to the Order of the Ikhamanga by President Jacob Zuma (for achievements in arts, culture, literature, music, journalism and sports in South Africa.) He has graced prestigious festivals across the world. He is perhaps best known for his acapella style singing and collaboration with Paul Simon and Ladysmith Black Mambazo on the Graceland album and 1987 Graceland tour.
7. 2 Face Idibia
Nigerian singer and songwriter, 2Face Idibia, began his career as a member of the hip hop group, Plantashun Boyz, but went solo in 2004 after the group split. His most popular song, African Queen, took off after being featured in the movie Phat Girlz in 2006, but all of his five albums have been very well received around the world. His wealth comes from various real estate investments across Nigeria, as well as the $80,000 he commands per show.
6. Fally Ipupa
Fally Ipupa, a former member of Quartier Latin International (along with Koffi Olomidé, to be mentioned later), went solo in 2006 and has been incredibly successful, both in his home country of the Democratic Republic of the Congo as well as internationally. With MTV Africa Music and Kora awards under his belt, he’s racked up clothing endorsement deals in Paris as well as high commissions for his shows across the world which are almost always sold out.
5. Salif Keita
Born and raised in Mali, singer and songwriter Salif Keita has been referred to as the “Golden Voice of Africa,” with his original take on Afro pop music. Despite his royal heritage (he’s directly descended from Sundiata Keita, the founder of the Mali Empire), he chose a path of music, bucking the Malian caste system. But this means that he was loaded even before his music career took off, explaining his private island and properties across Europe.
4. Koffi Olomidé
Along with fellow Congolese star, Fally Ipupa, Koffi Olomidé formed Quartier Latin as lead singer and vocalist before launching his solo career. Dubbing his style of music as tchatcho, he considers it a blend of soukous music (dance music that originated from African rumba music). He’s notorious for taking on controversial subjects in his lyrics, which has led him to be widely praised and criticised worldwide. Raking in over 100,000 Euros per show, Olomidé is extremely popular across Africa and the world. One of his albums is listed in Robert Dimery’s book, “1001 Albums You Must Hear Before You Die.”
3. D’Banj
Dapo Daniel Oyebanjo, D’Banj aka the Koko Master, has been killing it in his country, Nigeria and around the world since 2007, and was the first African artiste who signed with the music label GOODMusic, owned by Kanye West. The recipient of countless awards, D’Banj is known for his unique sound of dance music and afro beats. He is involved in a variety of investments including a nightclub in Nigeria, brands such as Koko water, and was given his own reality show, “Koko Mansion.” He also rakes millions in shows and brand endorsements.
2. P-Square
P-Square is made up of identical twins, Peter and Paul Okoye, who began singing and dancing together back in their small Catholic high school in Jos, Nigeria. After forming the group in 2005, their music developed a devoted following, particularly in South Africa, and each album outsold the previous one. They were named Artistes of the Year at the 2010 Kora Awards and now bring in more than $150,000 per show. Best of all, their shared home is worth more than $3 million and has been dubbed “Squareville.” Talk about product placement!
1. Youssou N’dour
Not surprisingly, Youssou N’dour brings it home in the No. 1 spot. This Senegalese singer is widely considered the most famous singer alive in Senegal and much of Africa. His style of music is known as mbalax, a mix of Senegalese traditional music in the Serer language and various styles from around the world including Cuban rumba, hip hop, jazz and soul. With millions around the world in his fan base, he is now the owner of the biggest media house in Senegal (complete with radio and TV stations) and was appointed tourism and culture minister in 2012. More importantly, before K’naan had “Waving Flag” in 2010, N’dour was responsible for the 1998 FIFA World Cup national anthem, “La Cour des Grands,” along with Axelle Red.
– All Africa
Linda Muthama To Host New Talk Show < Previous
PHOTO – Gor Mahia Illinois Branch Was at Kasarani Yesterday Next >
Recommended stories you may like: