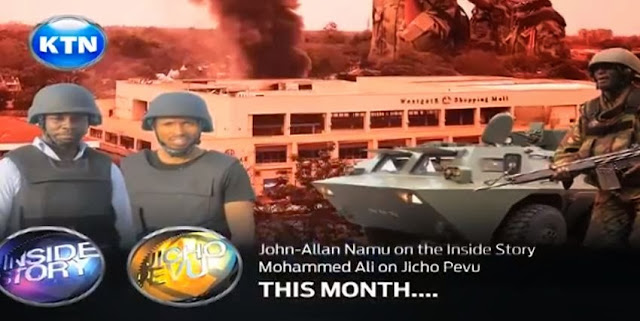 Mohammed Ali and John Allan Namu have gone digging, and this month they’ll be back with Jicho Pevu and the Inside Story.

The investigative journalists promise to reveal what exactly happened, plus the tactical errors made by Kenyan forces, including circumstances that led to the collapse of three floors.

A short promo on the Westgate series shows previously unseen CCTV footage from inside the mall. Probably the most chilling video yet, people are seen running with others falling, in what appears to be the exact moment the terrorists struck.

Ksh 500,000 For Information Leading To The Arrest of This Notorious Nairobi Laptop Thief < Previous
VIDEO – Rachael Shebesh and Family on Churchill Show Next >
Recommended stories you may like: