MUTAHI NGUNYI – Ole Lenku Should Not Be Interior Secretary 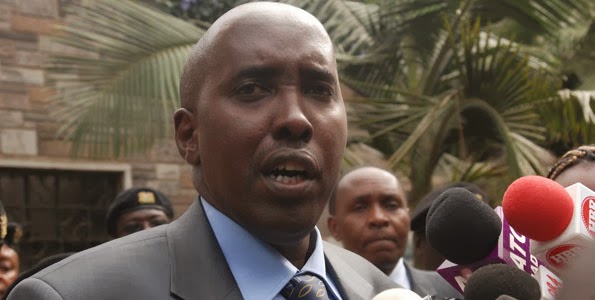 Interior Secretary Joseph ole Lenku told Kenyans that the terrorists at Nakumatt had burnt some mattresses to distract the soldiers chasing them, so they could manage to escape.
Hours later, an aerial video showed that part of the rooftop parking had collapsed, with the vehicles burnt.

Aside from that, ole Lenku’s overall performance did not impress. This is according to seasoned political analyst Mutahi Ngunyi.
In a series of tweets yesterday, he said it was a disaster to move ole Lenku from Utalii hotel to the interior ministry.
He also urged the president to fire Chief of Defence Forces, Gen. Julius Karangi and NIS director general Julius Karangi.