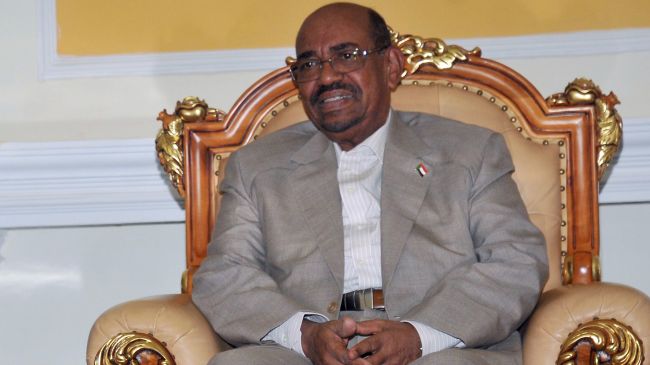 “Saudi authorities today barred the airplane of President Bashir which was headed to Iran from crossing into its airspace,” he said.
Saudi officials were not immediately available for comment.
Iranian Foreign Ministry spokesman Abbas Araqchi said Iran was gathering more details about the incident. He did not specifically name Saudi Arabia as the country that had turned away Bashir’s plane.

“We were informed by the Sudanese embassy in Tehran that one of the countries in the flight path of Mr. Omar al-Bashir’s plane did not give his plane permission to fly in its airspace,” Araqchi was quoted as saying by the ISNA news agency.
“If it is true that this country took this step, it is extremely unfortunate.”

Araqchi was quoted as saying that flight permissions for Bashir’s plane had been obtained in advance but that the plane was still refused entry and eventually forced to return to Khartoum.

It was not clear whether Bashir was on his way to the inauguration of Iranian President Hassan Rouhani, nor how his plane was prevented from entering Saudi airspace.