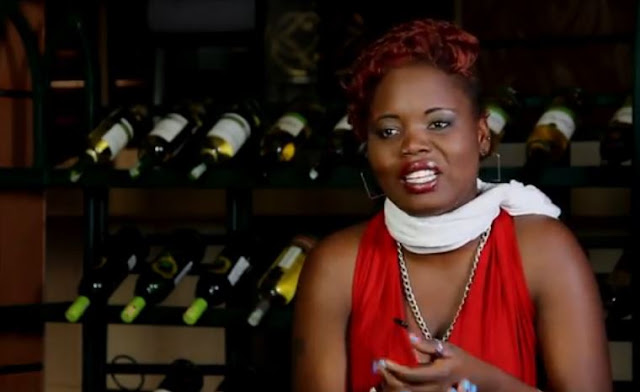 Last night, a lady on KTN’s Tujuane pulled a Mirfat or something just as bad. In fact, she may have been worse.
Eda Atieno, was the girl of the night. She has added a few hundred followers on her twitter handle @eda_atieno and basically, she’s still trending.

If you didn’t watch that episode, you only have yourself to blame… but anyway, we’ll have the link up as soon as it’s available.

On Twitter, the hash tag #Tujuane was trending as always, and this is what Kenyans had to say.

She hasn’t dated many Africans. She has dated many Chinese. Maybe she deals in ivory. #Tujuane – @RobertAlai

Can you afford me? “No thanks i have enough shoes” – @masaku_

“Can you afford me?” My foot. Chic looks like alipitia hapo Engarasha for that dress and sandals at a cost of 3soc max. – @OliverMathenge

this chic is so ratchet then she has all these expectations. She needs a reality check #tujuane – @JKwonyike

According to my Form 3 Biology, the equipment is the same so long as it’s not diseased. Why overpay for one big headache? #Tujuane – @bensonndehi

I like #Tujuane because I always get to hear accents I never knew existed before . –  ‏@WofaArman

Chick, what you are trying only works for hawt mamas not anyone. #Tujuane – @DjRillance

And you ask why I once poured a bottle of Guiness on a chic’s weave on a date???? #Tujuane – @Di_Macharia

That chic needs a high five, on the face, with a cactus! #Tujuane” – @Jay_Kamau

Apology Still not Accepted “@Kimanzi_: KWS has released an apology for releasing out one of their most feared animals #tujuane” – @Miss_MoIrene

#tujuane that chic’s face, accent, everything…. should be sent on compulsory leave like shollei – @njiiru

#tujuane she’s a gold dogger, with that face, she must move to south africa and do it literally to make her own money.  – @njiiru

I feel so bad for missing today’s #tujuane episode, I hear it was a chiq from Jkuat Karen?? this is where I disown them – @jesstracie

Was wondering why most of her shit is fake, accent, weave, nails and all. Nw i knw. Shes frm china #tujuane”- @Lynnmidecha

Today’s #tujuane was a disgrace to the darkskin community – @Sarkwozy

Someone’s asking me to ‘put myself in her shoes’…i was like ‘damn?! She is the shoe…’ #Tujuane –  ‏@BillMbau

That #Tujuane bitch! No wonder some people opt for goats and cows! – @vonHarrison