Mandela is in ‘Permanent Vegetative State’… Family Urged To Switch off Life Support and Let Him Go. 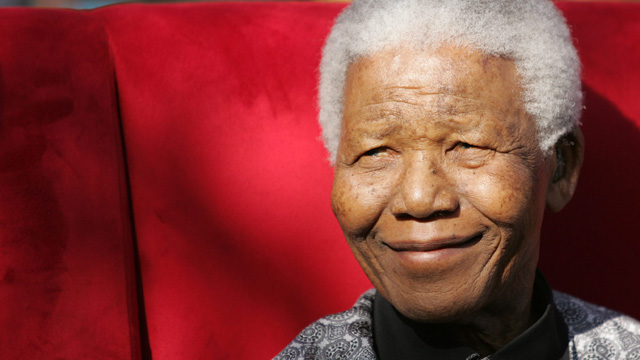 Nelson Mandela was in a “permanent vegetative state” and his family was advised by doctors to switch off his life-support machine, according to a court document published on Thursday.
Medics treating the former South African president, who is entering his fourth week in hospital, said the family should consider letting him go rather than “prolonging his suffering”, the document said.
The alleged diagnosis was contained within a document submitted to a closed hearing last week by a lawyer acting for Mr Mandela’s oldest daughter Makaziwe during a court battle with another family faction. It was obtained by the AFP news agency and dated June 26.

“He is in a permanent vegetative state and is assisted in breathing by a life support machine,” the document says.
“The Mandela family have been advised by the medical practitioners that his life-support machine should be switched off. Rather than prolonging his suffering, the Mandela family is exploring this option as a very real probability.”
The claims came in stark contrast to the words of Mr Mandela’s wife, Graca Machel, who spoke publicly for the first time about her 94-year-old husband on Thursday and insisted he was “fine” and not in excessive pain.
Referring to Mr Mandela by his clan name, she said: “Although Madiba sometimes may be uncomfortable, very few times he is in pain, but he is fine.”
President Jacob Zuma, who visited Mr Mandela in hospital on Thursday, added in a fresh statement that he remained “critical but stable” as he receives treatment for a recurring lung infection. He is said to have been placed on a ventilator to assist his breathing.
Mac Maharaj, Mr Zuma’s spokesman, questioned whether Mr Mandela’s condition had been exaggerated by lawyers acting for the family in the court case.
“We have reported even today as a result of President Zuma’s visit that Madiba remains in a critical but stable condition and that is based on Mr Zuma going to the hospital and being briefed by the doctors,” he said. “Certainly in that statement, there is no suggestion that he is in a vegetative state.”
Denis Goldberg, who was sentenced to life in prison alongside Mr Mandela, visited on Monday and said: “He is clearly a very ill man, but he was conscious and he tried to move his mouth and eyes when I talked to him. He is definitely not unconscious … he was aware of who I was.”
The latest claims about Mr Mandela’s health emerged in a statement entitled “Certificate of Urgency” submitted to a high court close to the former president’s childhood home in Qunu, in the Eastern Cape. The court has been hearing arguments in a dispute over where several of Mr Mandela’s late children should be buried — the key issue of a bitter family feud — and the certificate was part of an argument for the case to be expedited.

On Wednesday, the court ruled that the remains of three of the former statesman’s children should be immediately exhumed and reburied in a hillside plot close to where Mr Mandela is expected to be buried when he dies.
Makaziwe Mandela, backed by Mrs Machel and most of the Mandela family, took his oldest grandson, Mandla Mandela, to court after he dug up the bodies from Qunu two years ago and moved them to the nearby village of Mvezo, where he is a chief, and has built a visitor centre. On Thursday, having disinterred the remains from Mvezo, Mr Mandela’s family are thought to have reburied them in the grounds of his Qunu home.
– Telegraph

Details of How Nairobi Governor Evans Kidero is Treating His Wife < Previous
Photo of Prezzo in Those Ugly But Incredibly Durable Safari Boots. Next >
Recommended stories you may like: