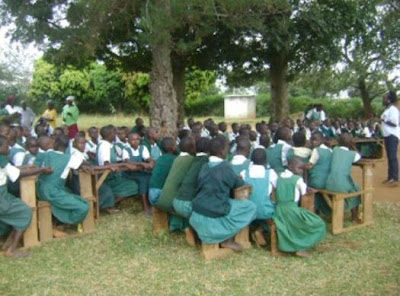 Six girls, two in standard eight, and four in standard six from Makata Primary school in Kilifi county are set for drop out after they got pregnant. One of the class six girls is said to have already  left school and got hitched to a class eight drop out from the same school, according to her parent.
Even more shocking is that one of the girls is said to have been impregnated by her father, who ironically is an official of the school’s Parent Teachers Association. ”It’s true I have received the report concerning the pregnancy cases of the six girls at Makata Primary school in Kikambala Division and one of them is said to have been impregnated by her father,” said Mr. Lawrence Karima, who is the area chief.


Almost true to allegations by some parents that the school administration is trying to conceal the matter to avoid embarrassment as some of the institution’s key officials are suspects. The school’s headteacher Florence Nzaro denied the pregnancy claims but promised to investigate the matter, ”I’m not aware of the cases of six girls in my school who have concieved and that one is said to have been impregnated by her own father. I need to investigate the matter to get details.” she added.

BREAKING NEWS: Tuju Wife’s Lover Tony Ogunda Found Dead < Previous
DHL Under fire After Delivering Pen-knife Instead of Samsung Galaxy S4 To Kenyan Customer Next >
Recommended stories you may like: