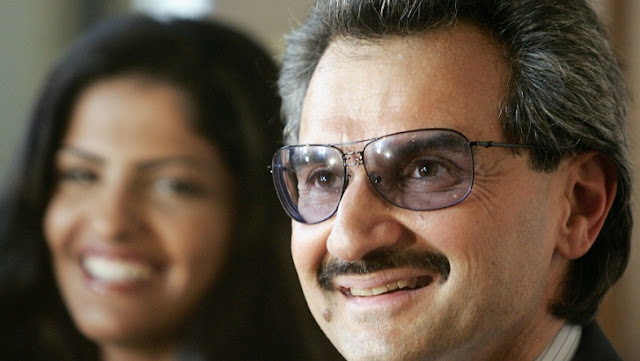 Saudi Arabia’s Prince Alwaleed bin Talal, whose wealth can only be described as “Saudi Prince levels of wealth,” is suing Forbes Magazine for undervaluing his fortune by $9.6 billion.
Forbes’ annual “Rich List” valued him at $20 billion, when IN FACT, the prince believes he is worth $30 billion, and that Forbes is demonstrably biased towards Saudis. Forbes listed him as only the world’s 26th most wealthy billionaire, when he believes he is actually much higher.
This would seem like a pretty tough case to win for the Prince, especially because much of his vast wealth is spread through a myriad of investments across the world, and Forbes would basically have to go on his word about how wealthy he is, and this is their best estimation with the information available.
Unfortunately for Forbes, Alwaleed is suing in England, where there is no first amendment, and it’s laughably easy to win a defamation or libel case against anyone. The Saudis have been especially litigious when it comes to things written about them, even if the publication is based in the United States (Forbes also publishes an edition in England. Whoops!).
Prince Alwaleed owns large stakes in Apple, Twitter and News Corporation and also owns lucrative properties like the Savoy Hotel in London. Alwaleed also has a gold throne that sits in the center of his private Boeing 747 jet because why not? 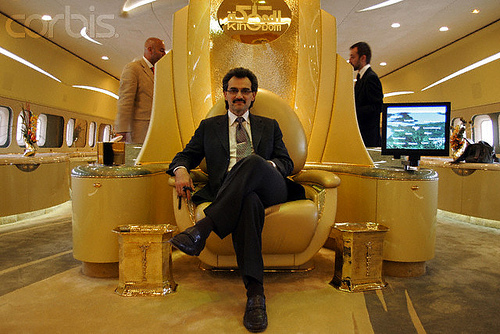 Forbes claims it has been the target of “intermittent lobbying, cajoling and threatening” by advisers to Alwaleed who were trying to raise his ranking on the wealthiest billionaires list.
Alwaleed believes he is the target of discrimination. He said in an interview last month, “They are accusing me of market manipulation. I am not pursuing it because of my wealth, but because they are accusing Saudi Arabia of being manipulated because we have no casinos. This is unacceptable.”
Forbes believes that recent libel reforms in the UK will protect it from the Saudi’s “libel tourism” and that the Prince’s lawyers will have to prove in court that his reputation and investments suffered from “serious harm.” And unless Forbes was taking a big ol’ dump on his golden throne in the sky, it’s doubtful they can prove that. Still, the UK has a troubling history of rewarding these “libel tourists,” and Forbes might find itself forking over some money to an already indecently rich man.
-Gawker