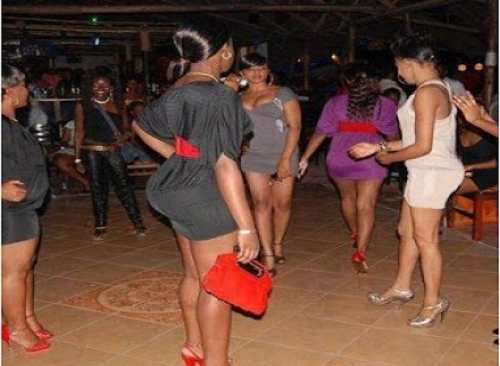 1. She’s More Sympathetic
If nothing else, a slut knows what it’s like to be ostracized, which means she’s going to get it when you’re feeling rejected or down or on the outskirts of your own life. She’s been there, and she can relate.
2. She’s More Fun
No surprise that the one friendly factor sluts scored well on in the survey was outgoingness. And I don’t mean in the sexual sense, even, though that’s obviously true. I mean in the more-likely-to-want-to-have-a-good-time sense, perhaps in an off-the-cuff way. Her sense of adventure leaks out of her vagina and into yours, er, the night.
3. She’s Got Your Ass
She’s got her own ass to worry about, but she also cares about yours. Sluts are tougher than the average woman, because they have to be. So when the shit goes down and you need someone to back you up, a slut knows the world is a hostile, indifferent place and that people gotta stick together.
4. She’s More Fashionable
Sluts can’t slut it up in yesterday’s fashions. To lock a guy down for the night or the moment, she’s got to look her best and project a sense of mystery and intrigue in aspirational wear that works for multiple functions. Watch/learn.
5. She Makes Better Conversation
A slut understands the art of the seduction, which means she gets banter. She can say interesting stuff, and make jokes, and get jokes, and be a part of the conversation, and that extends to you, too, my shy little butterfly.
6. She Talks About Real Shit
You can have frank conversations about sex, love, foibles, frustrations, with none of the giggly embarrassment. Realized you got your period during a hookup? No bigs. Found yourself drunk and giving a beej to your ex you still hate? She’s been there.
7. She’s More In Touch With Herself
As studies are finally figuring out, women are horndogs, too, and a woman who owns that early is a marvel. It takes a lot to accept yourself a sexual, autonomous being who can pursue sex boldly and not be treated like some aggressive mutant. Some women spend their whole lives figuring this out.
8. She’s More Open Minded
As a known sexual deviant, she’s more likely to understand the nature of human sexuality and accept all variations within as a normal, worthwhile part of the spectrum.
9. She’s Quick on Her Feet
The more sexually adventurous woman has to figure out how to drop a pin, call a cab, secret bail in the morning, find some Plan B, and locate all good side streets for the next-day walk of shame. Handy. Also, lust is a battlefield. Need to thwart some advances or block a cock? Call her in.
10. She Has Standards
I know it seems like a promiscuous person doesn’t have standards, but they do. Being open or adventurous sexually doesn’t mean you will sleep with anyone, it means you’re looking for a certain chemistry and become very good at detecting it, very quickly.
But that doesn’t mean you should go make friends with the nearest slut. That would be silly. Because a good friend is someone you like, who does the things you want a friend to do. If you actually think it has anything to do with how many people she has slept with, rethink your major.
– Jezebel

Photo – Mau Mau Veteran Spotted at a Club Getting Jiggy < Previous
Now Nduku Kilonzo Pulls Out of Makueni Senate Race and Backs Daughter Kethi Next >
Recommended stories you may like: