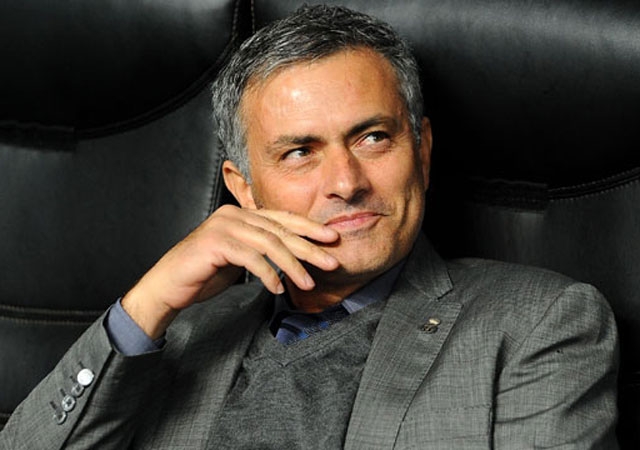 Real Madrid have announced that head coach Jose Mourinho will leave the club at the end of the season after three years in charge of the Spanish giants.
President Florentino Perez revealed the decision at a packed news conference.

Mourinho, 50, who has been linked with a return to Chelsea, won the league and Copa del Rey at Madrid.
“We’ve decided to bring our relationship to an end,” said Perez. “Nobody’s been sacked, it’s a mutual agreement.”
Real are currently 13 points behind Barcelona in the league and were beaten by city rivals Atletico in the Spanish Cup final last Friday.
They also lost in the semi-finals of the Champions League in each of their three seasons under Mourinho.

Real Madrid have two games left this season. They are away at Real Sociedad on 26 May, with Mourinho taking charge at the Bernabeu for the final time on 1 June against Osasuna.
“The club and manager agree the timing is right to bring our relationship to an end,” Perez added.

“On behalf of the board of directors, I would like to thank Jose Mourinho for all his hard work.

“The team has improved in his three years and we wish him all the best.”
Real had not won a trophy in the two years preceding Mourinho’s appointment.
His deal was scheduled to run until 2016 after he had signed a contract extension following last season’s La Liga success.
An agreement has been made on his exit now though, with fellow former Chelsea boss Carlo Ancelotti tipped to replace him after he expressed his desire to make the switch to the Bernabeu.

But Perez denied a replacement had been lined up to take over from Mourinho.
“We have no pre-contract signed with any managerial candidate,” he said.
“It’s something we’ll have to look at in the coming days.”
Paris St-Germain head coach Ancelotti, 53, had earlier said: “I’ve asked to leave and I am waiting for their answer.”

But the Ligue 1 champions’ Qatari president Nasser al-Khelaifi said: “He [Ancelotti] asked to depart for Real Madrid. It is not possible because he has a contract for one year more, so that is our decision.”

Real have only two league games left to play this season,  with Mourinho set to be in charge as he takes his team to the Basque region to face Champions League hopefuls Real Sociedad on Sunday, before ending the campaign with the visit of relegation-threatened Osasuna on 1 June.
It is his failure to win any trophies this season which appears to have accelerated his departure from Madrid – the Portuguese labelling this season “the worst of my career”.

Former Benfica, Uniao de Leiria and Porto boss Mourinho left Inter Milan for Real in 2010 after guiding the Italians to the Champions League crown, replacing Manuel Pellegrini as manager.
He finished second in La Liga in his first season – four points behind Barcelona – but won the title a year later, amassing a record 100 points in the process.

However, this season Mourinho has cast a sulky figure, arguing with established players such as Iker Casillas, Sergio Ramos and Pepe, while Barcelona sauntered to the title.

In this season’s Copa del Rey final defeat by neighbours Atletico, Mourinho was sent from the dugout for protesting a referee’s decision while, in April, his side were ruthlessly outclassed by Borussia Dortmund in the Champions League. Following that exit, he hinted at a return to Chelsea.

“I know in England I am loved,” he said. “I know I am loved by some clubs, especially one.”
Mourinho won two consecutive Premier League titles during his three-year spell at Chelsea, which ended in September 2007, also lifting the League Cup twice and the FA Cup once.
During his tenure at Stamford Bridge, Mourinho won 124 of his 185 games in charge – including a 60-game unbeaten run at home in the league before surprisingly leaving the club in September 2007.

EXCLUSIVE – 15 Photos of Inside Ruto’s Sh 100 Million a Year Jet < Previous
Why Obama Will Skip Kenya – Hilarious Tweets Next >
Recommended stories you may like: