Our Monkeys Just Got A New Forest 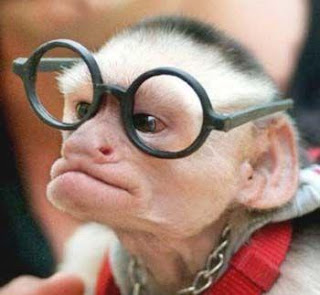 Our monkeys have just acquired for themselves a new forest. Yes, the forest is new but the monkeys are the same. Can one tell one monkey from another, no, the colour of monkeys is the same. But even if it is a collobus monkey with beautiful white and black, it is still a monkey. Some monkeys are called MPIGS, some are called sonatas, and some are called gavana, while others are called conti-repo. All monkeys in Kenya are equal but some monkeys are more equal than others. The more equal monkeys use chartered ropes worth Ksh.100million to jump from one tree to another. But they are still monkeys whether less equal or more equal. A monkey is a monkey (ong’er).

Kenyan monkeys can undergo metamorphosis. One day a monkey is a pig, the next day it is gavana monkey. Before the new forest came, most gavana monkeys were MPIG monkeys. But they are still all monkeys,conti-rep monkeys will become MPIG monkeys, but they will still be monkeys. A monkey is a monkey (bim en bim), whether you look at it from the tail end or from the front. Even if you change the forest,whether MPIG monkey,gavana monkey,conti-rep monkey or monkey monkey, a monkey is a monkey.Monkey got no shame because it is just a monkey. Monkeys will remain monkeys so JUST MOVE ON.Maybe one day you will become a monkey too, you never know.

Eric Omondi Takes B£ND OVER Germany – Photo < Previous
A Frog’s Eye View of Life in Nairobi Next >
Recommended stories you may like:

Raila Has Become Predictable. He Must Change Strategy to Deal with Ruto – Irung’u Kang’ata