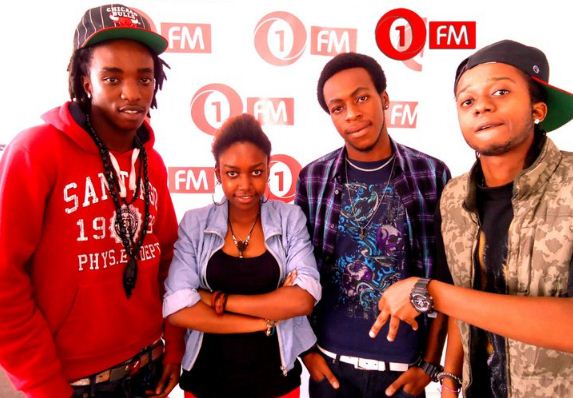 The once high flying teen music group Camp Mulla is no more. It has now been confirmed that two of its members Miss Karun and Taio Tripper have left it, to pursue solo careers.

In a statement released yesterday by their record label Sub Sahara Entertainment, Miss Karun is leaving the country for the US where she’ll join university as well as pursue a solo career.
Thee Mc Africa (previously known as The Taio Tripper), has specifically left the group to pursue a solo career.

A lot of rumours have been floating around social media about the Kenyan superstar group Camp Mulla. The group’s members have matured since the band’s inception but Camp Mulla is alive and kicking it big.

It is true that Miss Karun is no longer with the group; she has left the group to prepare to join University in the USA in August. She’s also working on solo projects. Another of the group’s former members, Thee Mc Africa (previously known as The Taio Tripper) is also pursuing a solo career. Both Miss Karun and Thee Mc Africa are wished all the best in their pursuits.

Kus Ma and Shappa still carry the Camp Mulla flag and are the new face of the group. They recently gave an excellent performance in Durban, South Africa, gracing the same stage as Snoop Lion at the MTV ALL STARS©, on 18th May. Their performance featured popular Kenyan artist Collo and introduced hot newcomer, Tiri. Camp Mulla gave the crowd an exclusive listen to their new collabo, Chafua. Tiri also launched her first banger Mash Up.
She is a solo artist under the label.

A change is better than a rest and Camp Mulla still stands tall. With the smashing performance at the MTV ALL STARS, Kus Ma and Shappa show no signs of Camp Mulla slowing down.

Wahu Confirms Pregnancy Rumours < Previous
The 5 Types of Couples You’ll Meet in a Kenyan Campus Next >
Recommended stories you may like: