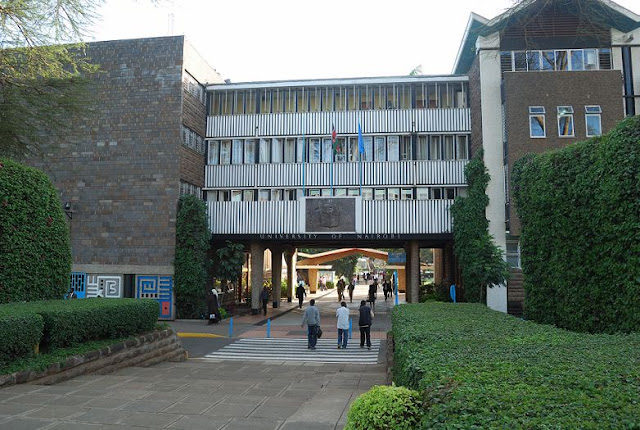 1. The “Newlyweds”
This couple is so excited about the new-found “love” that they will not hide it. Even though it reaches the public as a rumour first, you will begin to catch them together often. They are likely to be people you’ve never seen together before. Quickly, their relationship status on Facebook will change.
However, they will still be slightly uncomfortable at the prospect of being seen together, so they will never let you bump into them while they are walking in the company of each other. Immediately they spot you from a distance, the split is instant. The one you do not know will walk on ahead and the partner will engage you in a chit-chat, like nothing just happened, then run on to catch up with the new wifey/hubby. The lady will have an extra load of laundry to do every weekend. In addition, a third party, namely an unlucky roommate, will understand what it means to be in exile, Idi Amin style.

2. The Soap Opera Couple
These two will be the ultimate lovebirds. Either of them did something crazy to get the other to ‘ingia box’, typically the man. Maybe he stole her away from his roommate. Maybe he even threatened to commit suicide if she rejected him. Whatever the case, they are together right now. Their relationship is the ultimate telenovela.
They have broken up several times. One of them has cheated on the other (or both). Screaming in the hostel corridors is not strange to them. The girl will wail for anyone within a kilometre radius to hear, unashamed. Doors will be banged in the dead of the night; there might even be physical blows. Interestingly enough, the two will be back together in a span of 24 hours.
The pieces will be sewn back in the dark corners of K or J where lights constantly flicker or on the lifeless paths bisecting the campus. And the drama will continue. Who needs to watch a soap opera then? This one is free, no LAN or TV is necessary.

3. The Grown-ups
Needless to say, this is the couple that amazes me most. Everyone knows they are a couple right from first year. You will rarely see them together since they operate in such a seamless manner that you may even think they are not a couple. They do not follow each other everywhere like two blind mice.
During the day, they will go about their business separately. They will cosy up at night and enjoy each other’s company. Even when they are in the same class, they will sit seats apart from each other. And it’s not that the relationship is a secret.
No, they just don’t smother each other. They are also likely to be the conservative kind that believes that their relationship is their business not everyone else’s. In fact, they may never put up their relationship status on Facebook. If you want relationship advice, these are the people you want to go to. They have attained self-actualization. The mentor couple is what it is.

4. The Joined-at-the-Hip Duo
These are just the ones! Be it day or night, they will always be holding hands. Public Display of Affection (PDA) is not an issue to them. If they had a chance, they’d probably never let go of each other, lest one of them one collapses from the lack of oxygen the other provides. It is pure drama if the two are classmates. They will sit together in class, do CATs jointly in the spirit of Harambee and even enlist in the same discussion group. Do I need to mention that the two live together?
At some point, a baby will pop up with a bizarre name (which is totally trendy for the couple) and they will officially have earned their three degrees. The baby also makes it a pretty sealed deal. All they need to do after campus is solemnize the union in about five years when they are ready.

5. The Unaware
Oh yes, these are very tight friends. Visit his room, she’s there. Look at her status updates on Facebook, his likes and comments are all over. He will see her off if she’s going somewhere. He’s her electrician, she’s his cook. Ask the girl what they are and she will say they are just friends. The guy may not be too sure. Fortunately or unfortunately, people will start talking.
Within no time, the two are a couple to everyone else but themselves. Most of the time, it’s as a result of too many idle minds in campus that have nothing better to do than match people up in their heads and start a story that circulates around campus. Other times, the two are just going through some major denial and will probably invite all of us to a wedding in 2016.
I am yet to conclusively point out which one of these survives after the four years are over; which one is not born out of the convenience of being in campus.

Camp Mulla Disintegrates As Two Members Leave The Group < Previous
Kenyan Celebrities And How Much They Make As Appearance Fees Next >
Recommended stories you may like: