The Powermen Behind Raila Odinga 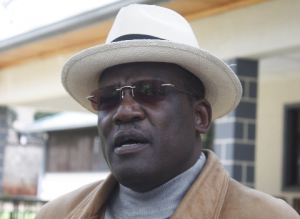 By Mwenda Njoka
The term ‘Kitchen Cabinet’ was coined some 200 years ago by opponents of US President Andrew Jackson to describe an informal coterie of trusted friends, associates and advisers on whom the leader relied upon to govern.
Members of kitchen cabinets enjoy inordinate access to the leader and are often in a position to influence – formally and informally – the leader’s thinking, policies and decisions on critical issues of the moment.
Raila Odinga has been a central player in Kenya’s politics for over three decades now and during this period he has built, discarded, re-built or freshened up his kitchen cabinet many times over.
So, who are the members of Raila’s kitchen cabinet today? Who are the people he has relied upon in moments of crisis and moments of good tidings to help him think through and move forward? Here we go.

Mohamed Jaffer: Most probably few Kenyans would recognize him even if he appeared on their doorstep with a briefcase full of cash. But the 65-year old Jaffer, the proprietor of the multi-million dollar investment that is the Grain Bulk Handlers Limited is a businessman extraordinaire. He is one of the wealthiest and best-networked tycoons in Coast region and beyond.
Jaffer enjoys a close friendship with Raila Odinga, which dates several years back.

Those in the know say Jaffer is perhaps the only living person, besides President Kibaki or retired President Moi, who can call the Prime Minister and request him to go to his home and the PM will invariably and obligingly honour the request. That is the ultimate definition of a powerbroker in any political lexicon.
Besides being politically suave, Jaffer draws significant influence from the fact that he has also been one of the largest – if not the largest – financial benefactor to political courses associated with the PM for years.
“Some ODM politicians often go to Jaffer to have him convince the PM on an issue they fear facing Raila directly on,” confides an insider, adding “the general public thinks Hassan Joho is the main guy at the Coast but nothing could be further from the truth.”

Caroli Omondi: He is regarded as one of the smoothest operators in the Prime Minister’s office. As the PM’s Chief of Staff, Caroli is not just the gatekeeper but also holds the keys to sources of political fundraising.

Omondi has something of a fairly chequered history though. After graduating from the law school in 1991, Caroli worked at the State Law Office – Treaties and Agreements Department –  for eight years where he established a very close relationship with the then Attorney General (now ODM senator) Amos Wako. While at the Treaties and agreements Department, Omondi, then working with Nicholas Biwott’s daughter, was trusted by Wako to craft and draft the law that created independent power producers, something that introduced Caroli to the world of big money. And from that point he never looked back.

Omondi’s initial influence around the PM emanated from the fact that he was one of the earlier ‘investors’ in Raila at a time when the PM did not have much money. Besides contributing significant amounts of money to fund Raila’s campaigns, Omondi also donated premises to house ODM and other political outfits associated with the PM. These acts of  carefully planned ‘generosity’ gave Caroli inordinate hold on the political machinery around the PM.

Omondi was the man entrusted with resource mobilisation during the presidential campaign as well the man who was in charge of distributing money to party agents countrywide during the elections.
At the PM’s office, Caroli has been feared, loathed and loved by some in equal measures. Nevertheless, he appears to have grown umbilical-cord-like kind of links with the PM such that the two are almost permanently intertwined and none may survive without the other.

George Opondo: Everyone in Raila’s inner circle refers to him simply as the ‘Kulei’ of the PM – in reference to Joshua Kulei, then powerful Personal Assistant to retired President Moi during his days in power.  To be mentioned in the same breath with or be compared to the former PA to retired President Moi is in itself a good pointer one’s discreet power and influence behind the scenes.
Opondo, who hails from Uyoma in Rarieda, has been with the Odinga family for many years and initially served as PA to Raila’s father.
He is one of the very few people Raila trusts to collect, handle and disburse funds for political operations. He is fiercely loyal to Raila while at the same time studiously avoiding the limelight preferring to operate from the shadows and never speaking unless spoken to. However, the very fact that the PM trusts him with crucial matters of finances has given Opondo much clout in Raila’s inner circle and anyone who does business – political or otherwise – with the PM on a regular basis is bound to have to deal with Opondo at some point.

Eliud Owalo: He is the man Raila trusted to run his presidential campaign. Owalo, a management consultant, initially served as founder member of Friends of Raila (Fora) lobby group before he was tapped by the PM to be his Chief Campaign Manager. Not being an original member of Team Raila, Owalo had several run-ins with politicians who wanted to influence decisions to serve their own selfish ends while sacrificing the PM’s larger interests. This did not endear Owalo to a political clique from Nyanza but he soldiered on leading the campaigns, thanks thumbs up from the PM.
Owalo’s strength around the PM has often been his independence of mind and apparent lack of political ambitions, something that meant Raila could count on his (Owalo’s) dispassionate judgment on crucial issues.
Perhaps a good measure of Owalo’s credentials as a member of the trusted inner circle is the fact that Candidate Raila Odinga trusted him enough to designate him as the person to spearhead the presidential election petition. The PM later amended the petition to become the direct petitioner.
By virtue of his position as Chief Campaign Manager, Owalo has enjoyed unlimited access to the PM.

Sarah Elderkin: She is a former journalist with the defunct Weekly Review magazine. Like some other members of Raila’s inner circle, Sarah’s relationship with the Odingas dates back to Jaramogi Oginga Odinga’s days.
She enjoys direct access to the PM. Sarah is Raila’s personal speech writer who cheerfully adopts the role of political attack-dog penning sharp articles in the media when the PM’s integrity is question or is at stake.
As the PM’s trusted communications advisor, Sarah wields significant influence on what Raila says. She is regarded as one of the few people in the inner circle who will not shy away from telling the PM he is wrong and firmly stand her ground on a matter of principle. For this reason, Raila values her judgment. Former journalist Salim Lone also happens to be a close confidant of the PM but his influence is mainly focused on maintaining international links for the PM. Those close to the PM describe Salim Lone as someone who approaches politics “too officially” to fit in well in the murky world of politics.

James Orengo: A lawyer by training, Orengo’s relationship dates back to late 1980s when the two led the struggle for the country’s second liberation. At some point in the 90s, Orengo and Raila were political rivals competing for supremacy in Nyanza. Raila emerged tops in that contest while Orengo lost his parliamentary seat.
To make a comeback Orengo had to eat humble pie and concede that he was not Raila’s equal. Since then, the two have become something of political Siamese twins. Today Orengo is one of the PM’s most trusted political operatives.
Raila relies on him not just for legal advice but also on a wide range of political and business issues. This has made Orengo one of the most powerful players around the PM today.
Those in the know say Orengo completely eclipsed other political players previously close to the PM such as Prof. Anyang’ Nyong’o and Dalmas Otieno whose influence these days is determined on an issue by issue basis or the prevailing politics of the moment.

Ida Odinga: Besides being the PM’s wife, Ida is a powerful political player in her own right. She often influences key decisions including party issues.
Ida is someone few politicians around Raila would dare to cross because she doesn’t take prisoners.
There are other peripheral players around the PM such as the chairman of Royal Media Services SK Macharia and Charles Njonjo whom Raila has occasionally used to try and reach out to business elites in Central Kenya.

Johnston Muthama is another player who has gained access to the inner sanctums of Raila’s power network.
Muthama’s clout grew tremendously when he delivered Kalonzo Musyoka and his Wiper Party to team up with Raila and form the CORD team.
Business tycoon Peter Muthoka of Andy Forwarders is also another player with an inside track within Raila’s circle.
His influence grew during the elections by virtue of the resources he managed to contribute towards the Raila Odinga-Kalonzo Musyoka presidential bid.
Standard Media

Raila Odinga Concession Statement (Full Text) < Previous
Artur Brothers Re-appear in Maldives.. With Another Scandal Next >
Recommended stories you may like: