Pictures of Evans Kidero’s Car.. The One Everyone is Talking About. 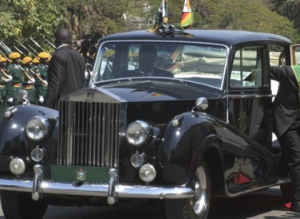 What does Kidero’s car come with? For a start, 4000cc engine capacity will do. The Range Rover Sport has slightly higher than this, but our ministers VW Passat come with an 1800cc engine.
The wheels have 16 inch rims. 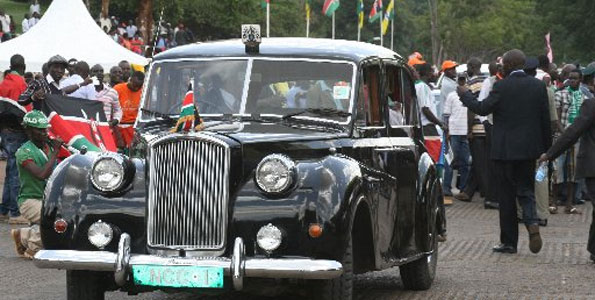 So how did Kidero find himself in such a luxurious situation? Digging into the archives will reveal a not so smooth ride to the Princess.
In early 1966, the City Council of Nairobi decided to buy a ceremonial vehicle for its mayor, then Charles Rubia, for a whopping £10,850.
The council settled for a Rolls Royce, which they argued would last for many years. The mayor’s vehicle would come equipped with motorcycle outriders, like the ones around the president.(This was however not to be) 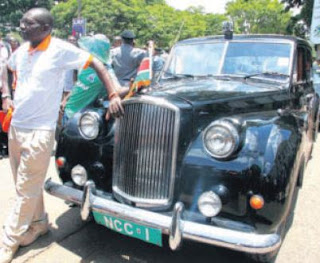 The debate got to parliament and most members were against the decision by the city council. However, the national assembly could not do much but debate endlessly; the car was in the high seas approaching the port of Mombasa.
Were it not for President Kenyatta’s intervention soon after the debate, Kidero would have probably drove into Uhuru Park in a Rolls Royce.
Kenyatta ordered that the car be returned.

The council then settled on the Vanden Plas Princess, a car with a strikingly similar design as the one returned. Several mayors used it, before it was grounded in 1983.
It was then brought back to life in 1992 by mayor Steve Mwangi, but was soon abandoned again after a series of embarrassing breakdowns.
It is not clear when the car was restored again, but the first time it was seen in many years was when Kidero took his oath.
It will remain to be seen if the Nairobi Governor will continue to use it regularly.
Photos by Nation, Star

Breaking: Raila Odinga To Attend Uhuru’s Inauguration Ceremony < Previous
After Being Branded Illuminati, Uhuru Kenyatta Clarifies Why His Wife Will Hold The Bible At His Swearing-In Next >
Recommended stories you may like: