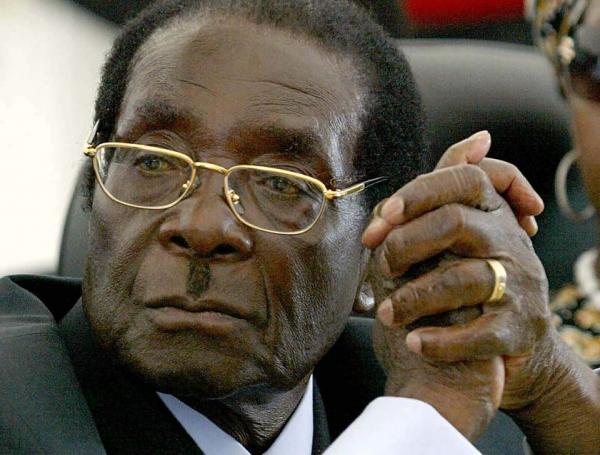 As Zimbabwe president Robert Mugabe was seated at the VIP dias during Uhuru Kenyatta’s inauguration, Kenyans on social media were cracking jokes about him.
Most revolved around his failure to hand over power all those years. Here are a few.

Mugabe whispering to Museveni, “This is like a movie. its not possible to have two former presidents alive in a country.”

Mugabe sitting there wondrin ‘why is a youthful president like kibaki retiring?’

Kibaki should not sit close to Mugabe. He may just influence him from handing over power.

Ati Mugabe amekujia BVR na EVIR. You know he has a tough election coming up.

Mugabe bragging to Uhuru about winning with 100+1.

Mugabe and Museveni looking at all this and wondering; “what’s wrong with Kenya?”

Mugabe to Uhuru:We were pals with your paps.